Some hae meat and canna eat

And some wad eat that want it

But we hae meat and we can eat

Sae let the Lord be thankit 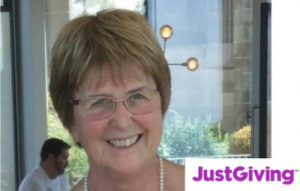 Let me 'fess up immediately. Despite the Selkirk Grace above, the first part of today's column has precious little to do with food. It is, however, a follow up to last week's On The Side column which featured farmer Rachel Murray from Hawick. A footnote to the article mentioned Rachel's mum, Ruth, who is fundraising for COVAX.

This has attracted a lot of interest. I have to say that last week I knew relatively little about the initiative, so I've done a bit of research. I guess I'm not the only cynic among you. We have all read too many scandals about charitable donations which go to fund dictators' palaces or end up in Swiss bank accounts. So what is COVAX? (Be warned: here are a lot of acronyms coming, but in a good way.) I assume everyone is familiar with WHO (World Health Organisation) and UNICEF (United Nations Children's Fund). (Yes, smart alecs, I know that's not an exact acronym. It was originally named United Nations International Children's Emergency Fund but they changed it in 1953: please stop interrupting.) Well, they're all involved, as is the Bill and Melinda Gates Foundation. And what they are delivering is the vaccine itself, not cash.

Another concern that potential donors might have is that good causes set up in haste may be wasteful. Well, allow me to reassure you. For a decade or so we have had an organisation called GAVI, otherwise The Vaccination Alliance, a partnership with WHO, UNICEF and the Gates's. It has vaccinated over 822 million children world wide. In other words, there is an established infrastructure. The website is truly inspirational. In the last 10 days, 12 million vaccines have been shipped to 19 countries. The target is to have 2 billion doses available by the end of this year.

Coming back to Ruth Murray, it would be inaccurate as well as being a very bad joke to say that her campaign is going viral, but it ain't half doing well. By lunchtime on the first day the initial target had been reached. She has now featured in the press and on Borders Television. The target has been adjusted upwards and funds continue to come in steadily. I know that we have some of you to thank. If you would like to know a wee bit more about COVAX, you can see a short video here. And if you have had your vaccine, can spare the price of a double dose, (Astra Zeneca, £6 for 2; Pfizer, £30; Moderna £48) and would like to help, you'll find Ruth and Euan Murray's Just Giving page by clicking this link.

Those of us who love our food can see the prospect of getting out in the not too distant future. That's because we've had our jabs. But many wad hae a jab that want it.

PS After this article was published, The Scotsman newspaper published an interesting article by Lydia Zigomo, Oxfam Regional Director for the Horn, East and Central Africa region stressing that with a global pandemic, until the whole world is vaccinated we are all at risk. Read it here. 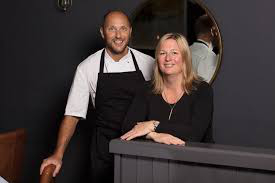 On a brighter note, it has been inspiring to watch the drive and ingenuity of restaurateurs who have been determined not to buckle under. Shining lights have been Vikki and Craig Wood of The Wee Restaurant in North Queensferry. Last March they had no idea how to run a takeaway and delivery service. Vikki was trying to man the phones and write down orders. So they learned quickly about packaging; Vikki taught herself how to build an e-commerce page on the website; and the whole family was pressed into service. The range is now extraordinary - 7 starters, 14 mains and much more. Because of COVID travel restrictions they are geographically restricted, but they even had a run south of the Forth when allowed. Find out more on their website page, Wee Deliveries.

Even better, sign up for the newsletter Wee News. Forget your stereotypical PR stuff. Vikki tells it like it is. They may just about be making a profit, but Craig is working 18 hour days to do this. You get the tensions of running a business and a family (currently magnified 10 fold) - yet another plea to replace the loo roll when it's finished; you empathise with them when the Great Dane goes out to the beach and rolls about with a dead seal; and you discover the secrets of what a top chef's wife eats at the end of a long day when she's knackered. A quote from a Tweet of a few days ago-

Hubby just asked. What are you having for tea? I have found a cab sauv that is 1.5 carbs for a bottle. I’ll be having a liquid tea.

In summary, I never read Wee News without drooling at the prospect of the Lobster Creel, the Moules Frites, or even the famous sour dough and tapenade. And there is very seldom a column which doesn't make you laugh. From the latest edition- 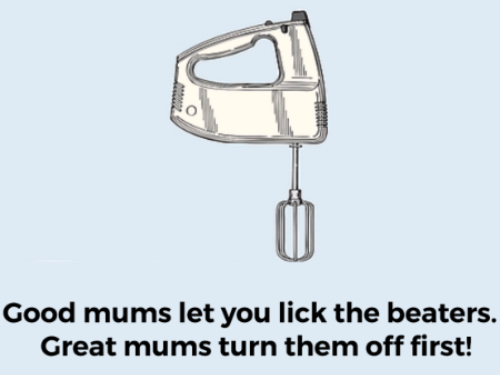 Good luck, guys. We'll be back as soon as we can.