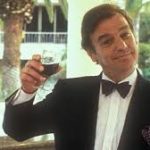 Here in Johnston Towers not a huge amount of TV is watched in normal times. Each of us has our own guilty secrets. And we also have guilty TV watching habits, some of which simply cannot be shared, lest divorce follow, at least as soon as lawyers’ offices reopen. So, sadly, you will hear nothing from me about the unsavoury habits of the current Mrs Johnston.

That leaves the spotlight on me then. We have a small TV in the kitchen. When I’m working on routine masterpieces to share with you, it tends to be tuned to the Food Channel, though largely ignored, like muzak. There is now a huge, football shaped gap to fill be filled in the schedule. Add to that a week or two of general, dry-nosed, tired, not on the top of the game malaise (which, with hindsight, was almost certainly COVID, the loss of taste and smell being the giveaway), and little more time than normal  is being spent in front of the box. It prompted some thoughts on what I like and dislike about food TV, and those who present it.

Fanny Craddock: even as a child I could see she was ghastly. Robert Carrier: even as a child I could see he was a self important poseur. Graham Kerr (the “Galloping Gourmet”): he actually seemed quite fun, even if he was responsible for generations of cooks mispronouncing the word scAllop. Remember your basic alphabet, taught to you in Primary 1. It is NOT a scOllop.

And then there was Floyd. Irresponsible, flamboyant dipso that he was, Keith Floyd changed food on TV for ever. A huge suspicion which must cloud every TV “chef” is whether they can cook at all, let alone have earned the moniker of chef. When he was discovered by producer David Pritchard, Keith Floyd was running three restaurants in Bristol, all of which were in the Good Food Guide. He had had the supreme effrontery to open a restaurant in a provincial town in the south of France, and lived to tell the tale. Watch his programmes again or, better still, read his cookery books. You cannot fail to be inspired by the genuine love of good food, well made. 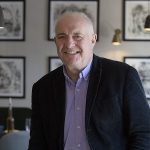 It is often forgotten that it was in Floyd’s shows that we first saw such luminaries as Richard Corrigan, Gary Rhodes and Rick Stein. While they were probably discovered by the production team, I believe that Floyd remained a friend and mentor to them all. 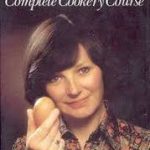 It’s now occurring to me that there is a book in this, not an article. Worry not, 1000 words max. Every comedian needs a straight man. Enter Delia. You know you’ve made it when you are referred to only by your christian name. For a while it was fashionable to curl the lip at our Delia. Well, only if you were a ridiculous fashionista. It’s not an exaggeration to say she taught the nation to cook. I preferred her books to her TV programmes, but the fact is that her recipes worked. 100% of the time, unlike those of others, Jamie Oliver. (Astonishingly, our Jamie is author of seven of the ten most successful cookery books of the modern era, but I’m not alone in my assessment of his recipes.)

Probably because it makes for better TV, speed seems to be the thing these days. While any amateur watching a pro in action will generally be amazed by both the pace and the ability to multi task, I do wonder if this is the way to go. I refuse to believe that everything on Ready Steady Cook is properly cooked in the allocated 20 minutes, and I have serious doubts about the abilities of some on our screen.

I recently put out a poll on Twitter for favourite TV cooks/chefs. To my surprise, Delia got only 6% of the vote. Rick Stein eased James Martin into third place, but Floyd was the runaway winner with 50% of all votes cast. When you consider he hasn’t been on our screens 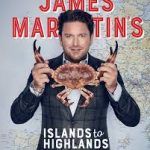 (other than in short clips) for years, it’s quite remarkable.

As you will gather, I’m not a Jamie fan, but one finds much worse. The Food Channel has enlisted a ghastly giggling southern (as in USA) lady who calls herself Pioneer Woman. Avoid. The idea behind this blog isn’t to do a survey, but to open this up to comment.  Rereading this, I see I’ve omitted other favourites of mine such as The Hairy Bikers, and the wonderfully eccentric Mesdames Paterson and Dickson-Wright, AKA The Two Fat Ladies.

But this article is for you out there. To quote Delia, where are you? Let’s be having you. Who are your favourite (or least favourite) screen foodies and why?