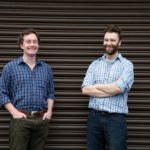 I had one more restaurant review in the can. It was half done, as I had intended to revisit, the first lunch having resulted in rather too much duplication. When I invite others out to a Tom Eats! meal I can set a few ground rules. Eg, everyone has to choose something different, everyone gets to sample everything else, etc. But when one is on the receiving end of an invitation, even I have to show a little more decorum. (Yes, really.)

So, like many scribblers, I was pondering how to fill my column inches. Takeaway menus were an obvious idea. Sampling the wares of non restaurant food producers was another. Then, lo and behold, news of something which is a delivery service and an independent food producer and a social enterprise hit my in-tray. What could be more perfect? 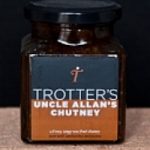 To begin at the beginning. Trotter's Independent Condiments was established in 2009 by Byam Trotter, scion of a well known Fife foodie family. It now produces a wide range of chutneys, pickles, and preserves with the irreverent strapline, Eat Safe - Use a Condiment. Starting with a mostarda, influenced by a family holiday in Italy, the company has extended to a large range of products. It has diversified into curry kits. At present vegetable boxes are available for self-isolaters. Allow me to indulge in a little advertising. The stuff is brilliant. There is indeed an uncle called Allan, for whom the chutney is named, (He's not actually Byam's uncle, but details, minor details.) Marinaded, rather than cooked, it is a work of art. Though not, I would 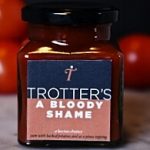 opine, as wonderful as A Bloody Shame, a Bloody Mary inspired chutney without the vodka.

But there is more. The man is no mean cook. No, I'm not basing that on the fact that he is a sometime winner of Come Dine With Me, and escaped with his dignity more or less intact. The reputation is being enhanced by all those who have sampled his modestly described Super Meals, a ready meal delivery service launched in association with Fife chef Tom Davidson and charity partner Fare Share, a UK network whose aim is to fight hunger and food waste.  The changing menu offers dishes such as vegetable moussaka or sausage hotpot at extraordinary prices. £6 will buy a 500g portion - and for every three portions sold, a fourth is given free to a local charity. Kirkcaldy's Cottage Family Centre was the recipient of the first whole batch of food. It is hoped that many other people in need can be helped.

Super Meals are being aided by the generosity of other local businesses including Puddledub Butchers, Raith Fruits, We're Game, Ochil Foods, Stenhouse Loch and Spice Girl. If customers who can afford the meals are prepared to contribute just a little extra, Super Meals will be able to offer even more assistance to those who can't. Orders should be placed via the website.

Tom Eats! is delighted to feature this cause as the first post Covid 19 column.