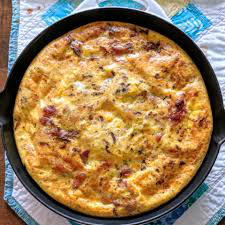 After last week's article on Spanish tortilla it occurred to me that in the five years or so of this column eggs have rarely featured, which seems odd. They are, after all, the ultimate fast food. Here at Casa Johnston, they also form the basis for many types of comfort food. Can you beat an egg mayo sandwich with good bread and salty butter? Or egg mayo slathered over a baked potato? Or the greasy spoon standard, egg and chips (if done well).

A frequent term of abuse which may be directed at a non cook is to say that he can't boil an egg. I had to laugh about this years ago when I changed cooker from gas to induction. My (perfect) soft boiled eggs had for years been put in cold water and given three and half minutes from when the water came to the boil. The new cooker arrived: eggs were boiled. I then broke into a completely liquid centre, the reason being that an induction hob brings water to the boil so much faster. After all these years, I couldn't boil an egg. My egg now goes into boiling water and stays there for five and a half minutes. Beware. If you keep your eggs in the fridge (and I have no reason why you would), they will crack. You should also make sure the water is just at boiling point - a rolling boil is also more likely to cause cracking.

I mentioned fast food. If you read last week's tortilla recipe, you will have noted that it needs the better part of an hour. At the other end of the scale you have the omelette, which is not as simple as some might think, but is incredibly quick. A great light meal; however, you have to make them one at a time, and they are less good if you're hungry. Which is why the Good Lord invented the frittata. Classic Italian cooks, look away now, this is my version.

You can make a frittata using just about anything. When my larder has a lot of eggs, and my fridge has a lot of leftovers, I hear the word ringing in my ears. The difference between this and an omelette is that the egg is cooked at a medium heat. The books (the definitive Silver Spoon has six pages on the subject) tell you to cook on both sides. In practical terms, a well stuffed egg mess is very difficult to flip. By topping it with cheese and finishing under the grill, you achieve two things. Firstly, there is a nicely browned topping; secondly, this helps a crust form on the base, meaning you can cut it into wedges. Depending on the size of your pan and the number of eggs you use, you can easily feed four people from one panful.

I will normally start by softening some sort of veg, onions, peppers or leeks until soft. If you are a carnivore, bacon is good too. Add a good knob of butter and pour in the eggs. When the eggs start to solidify, add whatever leftovers you are using. As they are already cooked, they just need warming up. I always add cold potatoes, but use your imagination. Roasted veg, leftover pasta, salami, cooked sausage, whatever. Herbs and seasonings as you wish, but if using bacon and cheese, go easy on the salt. When the eggs are nearly cooked, but still a little runny on the top, top with a generous sprinkling of cheese and place under the grill for a few minutes until the eggs are cooked and the top is golden brown. The heat will depend on your grill. If the pan is very close, use a medium heat. I have a grill in my oven and can place the pan about 12cm below, in which case I use a hot grill.

There really is no such thing as a frittata recipe, but here are a couple of ideas.

1 small onion, finely chopped; 1 small pepper, finely chopped (I would use any colour apart from green); 1 clove garlic, crushed, (optional); 6 eggs, beaten together in a jug, seasoned with salt and pepper; a handful of cooked potato, cut into dice; half a teaspoon of any seasoning you fancy, thyme, oregano, paprika, chilli powder (optional); handful of frozen peas; handful of frozen sweetcorn; about 60g grated cheese - I use a mixture of cheddar and Parmesan; olive oil and butter; salt and pepper.

I've more or less spelt out the technique. Soften the veg in oil and/or butter with some seasoning. When they are soft, add a little more butter and pour in the eggs. Cook for a few minutes over a medium heat then add the potato, peas and sweet corn. When the egg is slightly more than half way cooked sprinkle the cheese on top (be generous) then finish off under the grill. By the time it is finished you should have a cake like disc which is golden on top and can be neatly sliced.

Pretty much as above, Start by gently frying the leek, bacon and chorizo. Then the eggs, adding the salami, sausage and potato to warm through, then the cheese.

OK, you're getting the hang of this now, aren't you? Just don't add anything which will make your panful too wet, and be careful with the salt. I reckon we have this about once a fortnight. The last time, the sausages were from Castle Game Scotland. One was partridge and pear, the other duck, plum and hoi sin. They say that there are two things you should never watch being made, namely laws and sausages. The latter can be fine, but not if they're the dirt cheap variety. I asked a butcher friend what the budget ones were made of. His answer was in two words. A Tom's Food! prize awaits the first (non related) person to guess what they were.

And I've just thought of a new topic for On The Side.