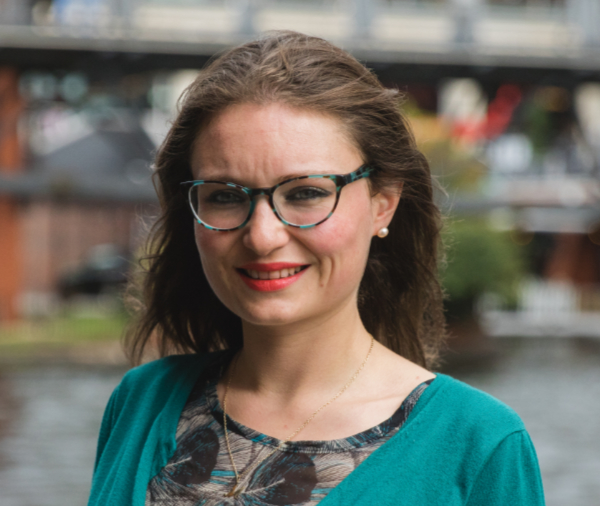 Last week, journalist Miranda Heggie shared some tips on wine offers available from online drinks companies. This week she turns her attention to beers and spirits. Let's begin with beer.

Founded in Edinburgh back in 2013 and now the world’s most popular beer club, Beer52 will send you a mixed case of eight different craft beers, plus a snack and a copy of their magazine, Ferment, each month. You choose whether you’d like mixed light and dark, or just light but the rest is a surprise. And a very pleasant one it was too. From a light and juicy Spanish IPA to a crisp German style Helles lager, the beers were individually delicious and from a range of breweries whose wares wouldn’t be too readily available from your local off licence. Your first case is free - you just need to pay £5 postage. Alas, they only offer one per household, as my partner recently found out to both our detriments, so do discuss with your SO/flatmates/parents/children/pets before drinking them all yourself.

For subsequent orders, delivery is free, but a case of 8 beers costs £24. Working out at £3 a can it’s not tremendous value, and you could certainly buy 8 interesting and tasty individual beers for a lot less. (If you are Edinburgh-based, Cornelius at the top of Easter Road has a fantastic beer selection, as, curiously, does Waitrose in Comely Bank.) Your card will be charged each month and a case of beer sent to you unless you unsubscribe, which you can do at any time simply by picking up the phone and calling them. This is a canny move when advertising mainly to a market of socially anxious millennials who are too scared to use the phone. I phoned them a few times to cancel, assuming their office number would divert to a mobile due to lockdown rules, but could not get a response. I emailed instead and they cancelled my subscription easily and promptly. 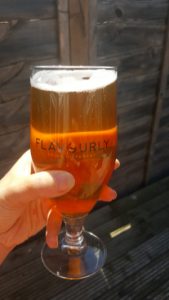 Another Edinburgh based company. Scottish craft beers featured heavily in Flavourly’s mixed case of 20. Come on Pilgrim, a New-England style IPA from Loch Lomond Brewery, was light and fruity, and Black Isle Brewery’s organic blonde was crisp and refreshing. From south of the border Magic Rock’s Salty Kiss is a deliciously tart gooseberry sour, and NZL from First Chop in Manchester a bold and fruity IPA made with New Zealand hops. For first time customers, 20 craft beers, a snack, magazine and two very nice beer glasses can be yours for only £29.95.

Nothing! While the above offer is for new customers only, it does not tie you into a subscription. It’s also possible to order more than one per household. 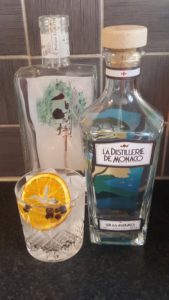 A box from Craft Gin Club - which for first time customers costs £24 - contains a 70cl bottle of gin, a few small bottles of very nice tonic water, a mixer, a cocktail syrup, a snack, and some lovely little garnishes such as dried kumquat peel, or whole slices of dried oranges and juniper berries. There’s also a magazine telling you all about the gin and featuring some great cocktail recipes. The first gin I tried from this company was distilled in Hong Kong, and, so the magazine claimed, captured the essence of that unique city. It was a beautifully elegant yet complex spirit, with hints of citrus cutting through the smokiness of green tea. I did wonder if the same flavour could be achieved by sticking a couple of jasmine tea bags and a bit of lemon in a bit of Gordons and leaving it for a couple of weeks, and the answer is no. I did try, and while my lemon and jasmine infused gin was very delicious, it didn’t even come close to embodying the intricate depth of flavour found in Craft Gin Club’s Perfume Trees gin. The next month’s gin was from La Distillerie de Monaco and had heady hints of ripe oranges, beautifully offset by the saltiness of the black olives which came with it.

After your first box, it’s £40 a go, and you can choose to receive a box every 1, 3 or 6 months. Sure, £40 for a bottle of gin plus accoutrements isn’t cheap, but this isn’t a rip off either. The gins are seriously good quality, plus there are the ingredients in the box to very quickly make a cocktail, and the materials and directions to make a ‘perfect serve’ gin and tonic. After your first box, you’re automatically signed up to receive (and pay for) a box a month. You can easily switch your membership to receive a box every 3 or 6 months, or cancel by logging on to your account online. It looks as though you can easily hit ‘cancel’ online, although I’ve not tried, as this is one I don’t actually want to cancel! At least not yet for now. It costs the same as my gym membership, which has currently been frozen due to lockdown, so why not replace gym with gin? Plus, there’s something just so… delightful about it all. I don’t usually go in for charm, but with these guys I somehow feel that the care, quality and craftsmanship on offer are worth the £40.

There are heaps more similar products on offer, but, sadly, one woman cannot sample them all! Here’s a few I didn’t try, and why.

Giordano Wines: Giordano Wines’ 10 + 10 deal offers you 10 bottles of Italian wine plus 10 food products for £64.80. Sure, it’s a great deal, but a lot of the wines are unspecified blends, and the food on offer isn’t necessarily what I’d choose (coconut biscotti, anyone?). It’s worth checking out though, if you’ve the cupboard space for several types of pasta!

Craft Rum Club: Craft Rum Club works in a pretty similar way to the Craft Gin Club, though the intro offer is only £5 off. The only reason I’m not going for it is because I’m not particularly into rum. If that is your tipple, however, this looks pretty good!

Juniper and Peat: Juniper and Peat offer a sharing box of 16 gins for £45, with ⅓ off your first box. This sounds like a fabulous deal, and it’s a great chance to try a variety of different gins. However, what you actually get are four 100ml bottles of gin, working out to 16 measures of 25ml - a single measure under the UK weights and measures act. This equates to just over £2.80 per measure, which isn’t a huge deal cheaper than you could buy from a pub. Though I have no doubt the gins are of excellent quality, I don’t think this offers very good value for money.

I Love Gin: Yes, I do. That’s not a statement though, it’s the name of a company. I Love Gin  will send you 4 gin and tonics a month for £14, with your first order costing only £9. It’s pretty similar to the above, although at least they send you the tonic too. They send you two 50ml bottles of gin and two bottles of tonic, which works out to 4 standard singles. (Editor's note - not in our house, it doesn't.)

So, while the pubs look set to remain closed for the foreseeable, there are plenty of options out there to try a range of different beers, make delicious cocktails without having to retrain as a mixologist, and sample some interesting wines from individual wineries. It’s also achievable without getting ripped off - I’ll drink to that!