An invisible ingredient? I hear you repeat in wonder. How can this be? Now, I concede that, out there, there exist people with palettes so refined, that they can detect everything. Some of you may be among them: but you are rare. Alice Waters of the legendary Chez Panisse in California set a challenge to her team to create the best tomato sauce. Everyone could enter, including waiting staff and kitchen porters. The majority of the entries were rejected because Alice wasn't happy with the quality of oil which they used. My late ma once commented on an amatriciana sauce which I had made. That's tomato, bacon, herbs, a fairly strong tasting end product. Your garlic was going green in the middle, she said. And she was right.

But if you stop to think about it, there are many ingredients which you don't, or shouldn't, detect in well made, balanced dishes. Take salt, for example. If it does register with you, probably too much has been used, though you would equally notice its absence. Likewise sugar in a fruit dish using the likes of rhubarb or gooseberry.

But the paradox which occurs to me is that, in some circumstances, some of the strongest tasting ingredients can be used in a way which adds something indefinable to a dish, while remaining under the radar to most palates. Today we'll look at four, lemon, mustard, anchovy and vinegar. 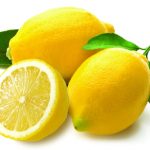 It's not usually shy, is it? Consider the mouth puckering, glorious sharpness of a lemon tart or sorbet, or the creamy citrussy smoothness of a lemon posset or mousse. Unmistakable. On the savoury side the best of Scottish seafood, a lobster say, or langoustines, are arguably at their best when served simplest, with just a half lemon or two for company.

Pan fried fish such as lemon sole may be served with extra lemon, or it may not. If, however, it's been fried in butter, there has probably been a lemon at work behind the scenes. For, in addition to its flavouring properties, lemon is used to control the cooking butter if it's in danger of getting too brown.

Or a risotto. Whether it's fish or otherwise, it can be difficult to impart enough flavour to all that rice, regardless of the good things you've put in. A squeeze of lemon juice just before service will add that little zing to raise it up. And, Exhibit C. Meat cookery. My recipes for cheap slow cuts of meat have been well received, most notably oxtail stew. No matter how well you trim your meat and skim the sauce, this is quite fatty. The addition of a generous squeeze of lemon juice at the second stage helps counter that.

Some chefs on parts of the continent will squeeze lemon on steak as it cooks, and a cotoletta milanese or wiener schnitzel  would be unthinkable without it.

Lemon can also work a little magic in some sweet dishes which aren't lemon based. A fruit coulis is simply fruit and sugar, poached together in a little water then sieved. But try a batch with the juice of half a lemon, and one without, and marvel at the difference. 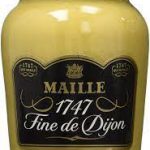 Here, let me define my terms. There are many types of mustard. They might be the sweet, fairly mild versions favoured in Spain or Germany and therefore, by osmosis, in the USA. At the other extreme there may be the crime against humanity that is English mustard. My kitchen has two mustards in the cupboard, grain, and smooth Dijon. I'm talking about the latter. Take the two together and you have the basis for a lovely strong sauce a la moutarde, a classical accompaniment to rabbit.

But take Dijon alone, and more subtle results are possible. I will sometimes put the thinnest layer on a steak before cooking. Not many notice. And, of course this is an essential if you are going retro, with Steak Diane, which featured a few months ago.

Making a béchamel sauce? You will know that if you're not careful you can end up with wallpaper paste.  A teaspoon of mustard will help enliven it without the world knowing: my cheese sauce will always have a little.

Fish and mustard may not always be thought of as blood brothers, but read on. We've been eating more fish of late. Haddock has always been a Scottish favourite. The good news is that MSC certified haddock from the North Sea is back in the sustainability good books. I'm currently trying to avoid frying. Baking is an option, though baked white fish has traditionally been associated with invalids, along with other flavour free dishes such as blancmange. Think again. Smear your nice fresh haddy fillet with a little Dijon and bake for 10 minutes at 190˚C. Twice the flavour and a fraction of the calories of the fried stuff.

Oh, and if you want to put a crust on a piece of salmon, pesto and breadcrumbs say, here's a tip. Spreading a little mustard on top of the fish will glue the crust on, while adding a little extra flavour. 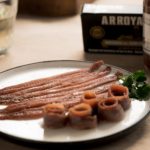 Again, an ingredient which comes in many forms. In this country we most commonly get them in the form of salted fillets, almost inedible on their own. Often served in in your face dishes such as Pizza Napoletana or the French pissaladière. Or more subtle, but still pungent things such as tapenade or anchoiade.

On the other hand, the anchovy can be used in other ways as a substitute for salt, one which imbues a slightly more subtle flavour. When preparing a shoulder or leg of lamb, it's not uncommon to make incisions all over and insert slivers of garlic. Try putting slivers of anchovy in alternate incisions, and notice the difference. A summer favourite of ours is a dish of roasted peppers. Very simple. Halved, seeded peppers (stalks left on) are stuffed with some tomato, a few slivers of garlic and a teaspoonful or two of good olive oil. A nice enough dish, but lacking that zing. To each half pepper, add half an anchovy fillet finely chopped. It will disappear in the cooking, and you'll just get the umami saltiness.

Those who think that using fish sauce as a substitute for salt should look closer to home cupboards. What do many of us turn to when we need a little zing? Worcester sauce perhaps? Principal ingredient, anchovies. I rest my case.

There are many kinds. Most well equipped kitchens have a few varieties. At perhaps the most extreme there's malt vinegar. Good on hot chips which have been dredged with too much salt, or the basis for the more obvious type of British pickling. Invisible it certainly ain't. And a vinaigrette dressing obviously needs vinegar (doh!), one part to three parts oil. I prefer white wine vinegar for that (which may need half a teaspoon of sugar) or the added sweetness of balsamic vinegar. By that I'm referring to the cheap stuff, but see more below.

But when it comes to hot food, many may not think of vinegar. In practice it can appear in many sauces, but if you can readily detect it, the cook hasn't done his or her job properly. Take a sweet and sour, for example. Can't be made without vinegar, and I would tend to go for the fruitiness of cider vinegar here. The end result, however, should be a balanced dish with no one flavour standing out.

A few months ago, we featured warm salads. One of my favourites features pigeon breasts and black pudding. The deglazing of the pan with a little sherry vinegar just adds a little something. In French cookery they use something called gastrique, a reduced mixture of sugar and vinegar, traditionally used to spike hot sauces made with fruit, such as duck with orange sauce.

And one final tip, one which I picked up from a remarkable book by Samin Nosrat entitled Salt, Fat, Acid, Heat, which will be reviewed soon. Carrot soup is not my favourite, as it can be a little bland unless you jazz it up. So try, as I did, her suggestion of adding a little red wine vinegar. The difference is startling. All of these are such cheap ingredients, everyone can have a selection in the store cupboard. Except, that is, when it comes to- 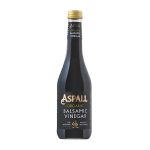 Well, the basic stuff you find in the supermarkets is accessible to all, but the same can't be said of the glorious 25 year old sticky stuff labelled Aceto Balsamico Tradizionale. Why? Because the latter costs over 60 quid for a tiny bottle. It's the most luxurious ingredient in my kitchen. If I'm using that I sure as hell don't want it to be invisible.

But I love the flavour of even the cheap stuff. As mentioned above, I tend to use it in a vinaigrette, though not everyone likes the dark brown colour. But try it as a flavour enhancer, perhaps in a stew where you might have reached for the Worcester sauce, and notice the difference. I often make lentils as a side dish. Done the European way, you start off with a soffritto of onion, carrot, celery and bacon, cooked until very soft. Add the lentils for a minute or two, then cook in chicken stock until al dente and the liquid is cooked down. A nice dish. Some add a little tomato purée, which I dislike as it adds sweetness to an earthy dish. Finish instead with a glug of balsamic. Lifts the dish up where it belongs. 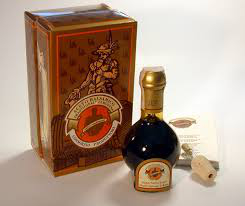 There are, of course, many more examples. Do you have any of your own? Let me know.