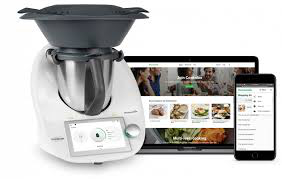 How many of you know what this is?

For nearly three years now we've been running the Chef Watch feature. Perhaps it needs a little freshening up - especially now that a certain lady in The Scotsman has not only adopted it, but also copied most of the questions.

There is a certain sameness (if that's a word) about the background of most of them. That's hardly surprising. Were I to do a Lawyer Watch (yawn, yawn) I'm sure we would find similar strands running through those too. But where we find wide divergences are in the responses to my queries about favourite kitchen implement and favourite ingredient. As the year comes to a close I'm going to invite some audience participation by asking you the same questions.

First, however, a little analysis of the story so far. Since every chef whom I've ever seen being interviewed hails the glory of sharp knives, I banned this as their choice of favourite item. Stephen Harris almost broke the prohibition when he chose ceramic knives. Utterly astonishing, but then again he is entirely self taught - and his restaurant has been voted best in Britain - so what do I know?

By a country mile, the Thermomix (pictured above) was the winner in the equipment stakes. Nisbets will flog you one for a mere £2663.98 (such a snappy figure, don't you think?). I found a website which offers you a free consultation with a Thermomix consultant. In fairness, I also saw one advertised on Amazon for £56.83. What does it do? It would take too long to tell you but find a review here. No, I don't have one and have never used one, despite Craig Wood's 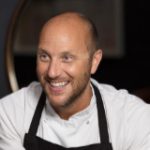 The same Mr Wood extolled the virtues of his fish slice, or his dogleg  as he dubbed it. Must introduce him to last month's candidate Georgios Alexiou, who threatens to quit his kitchen if he doesn't have his wee palette knife. In second place, in case you were wondering, was the Konro BBQ/Grill. Chefs young and not so young love them. Yes, Messrs Cheevers and Askew, I do mean you.

Ingredients? Salt narrowly edged the gold medal slot, closely followed by seafood in its various glories, scallops probably being the most vaunted. I do hate to go with the flow, but I think that, if asked, I'd be alongside the gold medal gang. The more esoteric choices included rose harissa (Stuart Muir), gochujang (Dean Banks) and koji (Phil White).

My choices? Well, if I'm not allowed salt, I think I'm going to go for lemons, for their sheer versatility plus their ingenuity as the finest invisible ingredient known to a chef. And my gadget? This. 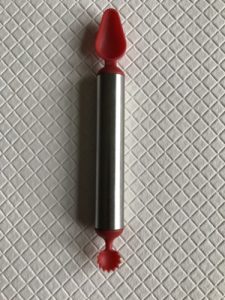 For chillies and strawberries - beyond brilliant

No idea how it came into my kitchen - I certainly didn't buy it. From Lakeland, I think. The longer end, which has serrated teeth, is the most brilliant way imaginable of removing seeds and membrane from a chilli. Now that we once again can get strawberries with proper hulls, the round bit is a genius invention for helping you remove them.

OK. Over to you now. Favourite piece of equipment: favourite ingredient. The best answer - either via the blog or, if you're too shy, via email -  tgj52a@outlook.com - wins the usual prize. Yes, a year's free subscription to Tom's Food!