Those who know me will be aware that much of my life is centred round three Fs. Food, Football and Books. (Ah, you noticed the flaw in the last part of my tricorn rhetoric. Never mind.)

I write a fair bit about food books in this column, so perhaps I can justify that as the third F.  Generally I'm reviewing or commenting on books I've read and books which I'm suggesting you might give to others. Today, however, is a little different. By way of a change, I'm highlighting things which people might give to me. (I'm actually joking, but the following are books which have caught my eye, and which may one day feature here in review form.) 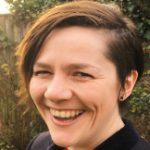 Food historian Annie Gray has had a busy year. You may not immediately recognise the name, but if you watch or listen to food programmes you will have encountered her. She appears regularly on series fronted by The Hairy Bikers and James Martin. Radio 4 listeners will know her as a regular panellist on Jay Rayner's excellent The Kitchen Cabinet.

Her first book this year can't be described as a history book as such, which may make it appeal to a larger audience.

The Kitchen Cabinet: A Year of Recipes, Flavours, Facts & Stories for Food Lovers

For those of you who haven't experienced its delights, The Kitchen Cabinet, or TKC as it's known to aficionados, is a food programme which travels around the country. In normal times there is a live studio audience which poses questions to food experts. There are recipes, tips and a lot of food trivia from all over Britain. Annie has distilled a year's worth of this into her book. I suspect that the TKC annual may soon be up there with equivalent from Oor Wullie and The Broons. You can find a fairly extensive preview online here. 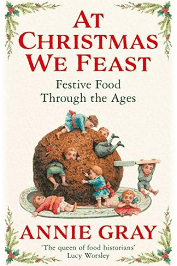 At Christmas We Feast: Festive Food Through The Ages

The history of Christmas celebrations in the UK is an interesting one. If you have European friends, or have travelled abroad at that time of year you will have been struck by the many differences. In Scotland we were for decades fairly indifferent to its joys - Christmas Day became an official holiday here only in 1959. Not having read the book I can simply quote from the blurb.

Annie Gray presents a delectable trip through time, from the earliest mentions of gluttonous meals at Christmas to the trappings and traditions of the present day. Tracing the birth of the twelve-day celebration under Edward I to the restoration of holiday splendour under Victoria, At Christmas We Feast is organised by festive dish, and features classic recipes alongside vibrant cultural and historical context.

You'll find a preview here. And what I can add is that two of her previous books, Victory In the Kitchen and The Greedy Queen have both been warmly received in this column. (The latter was on the previous site.)

Christmas, of course, is especially loved by the publishers of glossy cookery books, usually written by folk wot have been on the telly. Let me share a secret. I do my level best not to buy cookbooks any more. I have such a very large selection, some of which have barely been used, that I try to operate on a one in, one out policy, As I now have very few I would be prepared to part with, that leaves little room for new boys. Of the 2021 offerings, two stood out. 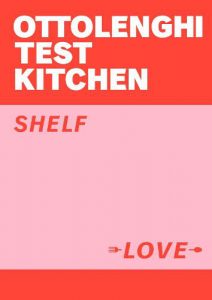 The young in my family have always been a bit cutting edge. I received my first book penned by the great man nearly a decade ago, a gift from middle daughter. The problem was that in those days I had no idea what sumac was, or where to source pomegranate molasses. I then ate a few times in his restaurants and was blown away. If you're looking for great Middle Eastern and Mediterranean recipes, they are terrific; however, it's not every day that I want to be going for this style of cuisine, and my copy of Flavour, his last work, is unopened on my shelf.

The idea behind this work is that Yotam's team play around with what they have in their store cupboards and see what they can come up with. In interviews he swears that these are ingredients which we'll all have. Not sure about the burnt lime. There's a preview on YouTube.

Nigel Slater describes himself as a writer who cooks. A little disingenuous, perhaps, for a man who did a full chef's training at The Savoy in London, but I get it. Of all the food writers currently plying their trade (and I exclude restaurant reviewers and present company) he is one of the smoothest, most elegant and easy to read. This year's offering is- 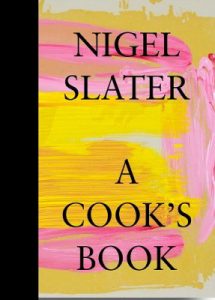 Nigel is always worth the reading. I probably have more books by him than by any food writer other than Claire Macdonald. Again I quote from the blurb.

From the first jam tart Nigel made with his mum standing on a chair trying to reach the Aga, through to what he is cooking now, this is the ultimate Nigel Slater collection brimming with over 200 recipes.

He writes about how his cooking has changed from discovering the best way to roast a chicken to the trick to smoky, smooth aubergine mash. He gives the tales behind the recipes and recalls the first time he ate a baguette in Paris, his love of jewel-bright Japanese pickled radishes and his initial slice of buttercream-topped chocolate cake.

Finally, not a cook book at all, but one which I may end up buying as a Christmas present to myself. 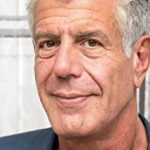 Laurie Woolever was latterly assistant to the wonderful Anthony Bourdain. He (Bourdain) became a surprise celebrity after publication of Kitchen Confidential, a fairly shocking book which exposed what really went on in New York kitchens. His TV shows such as A Cook's Tour and No Reservations turned the conventional food programme on its head. Space doesn't permit a full eulogy, but I was a huge lover of his work, and his suicide in 2018 came as a total shock. This book has 436 pages and 59 chapters of reflections about the great man, from family and friends. How can I be so precise? OK, I confess - I sneaked out and made good use of my Waterstone's reward card.

On The Side will return in January

Can you spare a little cash for a charity cookbook this Christmas?

Neighbour and friend Allison Tait has edited a selection of food and drink recipes. Ormidale Eats & Drinks is 60 pages of mixed recipes, including one from Tom Cooks! All proceeds will go to Community One Stop Shop, a registered charity based in Broomhouse, which provides food and support services to people rather less fortunate than the readers of Tom's Food!

To get more information and secure your copy, contact Allison at allisonr.tait@gmail.com