This column will travel a very long way to avoid political comment; however, I was alerted for the very first time to this possible issue by reading some of the considerable commentary following the death of George Floyd. Black Lives Matter is not a new organisation. As a network, it was formed in 2013 by Patrisse Cullors, Alicia Garza, and Opal Tometi.

What drew my attention as a food writer was an article suggesting that recipe publishers should be apologising for actions which might be deemed as racist. This was something new to me, but, as many of you will know, I am white, middle class and (this one may be stretching it a bit) middle aged. So, more to discover. 2016 was a particularly bad year for #blacklivesmatter. There were a significant number of black people who died at the hands of the police in the USA. The deaths, in particular those of Terence Crutcher and Alfred Olango, sparked considerable outcry.

At the same time, some black writers expressed views about racism within the food system. The reaction to their writing amounted to insults, threats and, on social media, trolling. Interested to learn more, I found contributions from various writers which appeared first in Civil Eats, a daily news source for critical thought about the American food system. 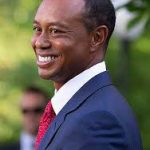 Like many of you, I suspect, my first reaction was disbelief. How can food become part of something which could be described as racist? But cast your memory back to 1997. Tiger Woods was heading for a runaway victory at the US Masters. By tradition, the tournament winner is allowed to set the menu for the following year's dinner. Fellow pro Fuzzy Zoeller, from Indiana, exhorted journalists to tell Tiger not to serve fried chicken, or collard greens or whatever they serve. Watch the clip on YouTube and tell me that was just banter.

Mention of food, of course, has often been used to convey much more than a mere meal. Caviar is synonymous with luxury, and we often use the phrase a Champagne lifestyle. Any reader over the centuries, however, has to have some care. In 1916, in The Love Song of J Alfred Prufrock, T S Eliot's reference to sawdust restaurants with oyster shells  was an indicator of poverty, a far cry from 2020. 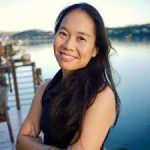 So I read more, some very insightful stuff. It was dispiriting to learn how much of a hangover there is from the past, and how many old attitudes have not gone away. Some of the complaints really had nothing to do with food, and were simply horrendous stories of black diners being discriminated against in ways which should not be tolerated by any civilised people. But other examples were given which were more insidious, like establishments using black faced characters to advertise fried chicken. To us in Europe, that food may just imply KFC: in other cultures there is a lot more to it. Both Bonnie Tsui and Shakirah Simley vent their spleen on a dish which to me would have seemed innocuous, Asian Salad, or Asian Chicken Salad. Simley describes this as weirdly racist. Tsui complains that it is often the one which comes with a winky, jokey name...Oriental Chop Chop, Mr Mao's Secret Asian Man, or the like. Food for thought, pun intended. 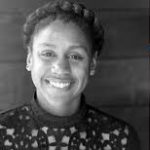 Where I start to diverge from some of these views is when I read complaints of cultural appropriation. The phrase is used by food editor Dakota Kim. Simley complains about straight up stolen Mexican recipes. She continues, God forbid someone ask for a specific country when a food blogger tosses out a recipe for "Asian noodle salad". More militant writers (forgive me, I can't immediately find the links) have demanded that publishers withdraw some cook books and apologise for others. At this point I begin to disagree completely. Tsui, Simley and Kim have rightly complained about being disparaged for expressing their opinions: I'm sure, therefore, that they will have no objection if I do likewise.

As a writer, I despise ignorance. The title Asian Salad, for example. It's an awfully big continent. Are we discussing a dish from Kismet, Kazakhstan or Korea? But let's zoom in. I have travelled widely in south east Asia. Many salads will be adorned with a dressing with the four main pillars of sweet, sour, hot and salt, though the components may vary. I've had these in Thailand, Vietnam, Indonesia and Malaysia. A food writer is to be criticised for a little fusion? Speak to cooks in all these regions, and they will tell you that their cuisines have been enriched by the fact that their forebears travelled and brought back ideas, or that traders from other countries settled in their homeland and introduced their own dishes. That's not cultural appropriation: it's cross pollenation - and much the poorer we would be without it.

And the idea that we should apologise for picking up the best of everything that the rest of the world has to offer? How risible do you want to make yourself? Let's begin locally, ie within Europe. Austrian wiener schnitzel is a straight steal from the Italian cotoletta milanese. A mere cross border one, so that probably doesn't count. Cross continents perhaps. Where should the apologies begin? What about National India Be Sorry Day, where credit is given to the Portuguese, not only for introducing vindaloo, but also the chillies to make it. The whole world owes an apology to Mexico for chocolate - see how bad that appropriation can be? And the USA - bow your head for everything. Frankfurters - Germany; pizza - compare anything you get in Little Italy, New York to anything from Napoli; and the hamburger - need we say more? I'm not sure who has to say sorry to whom for Chop Suey. Created in San Francisco, I understand. Or, from the same state, the California Roll, a variation on sushi which includes avocado. Japanese, American, or neither?

Perhaps I should end up with collard greens, better known in this country as kale. Native neither to the USA nor to Africa, this was a staple diet of peasant Scots in the 17th century. Now the idea that any culture has to say sorry to us Scots for appropriating our diet? That's when you know things are too ridiculous for words.

Much has happened in the last 500 years which was shameful and is to be deeply regretted. The sharing of food cultures, on the other hand, is one substantial thing to place in the credit column.