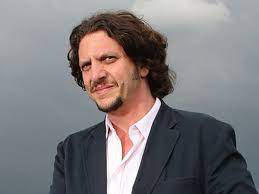 Want to improve your food writing? Sign up, as I did, for an online class with the guv'nor himself, Jay Rayner. There is no such thing as food writing, he declares. Well, that's me telt.

I don't plan on spilling too many beans. Leaving aside the fact that it would be an inelegant thing for a food writer (sorry, a writer about food) to do, this is a course which Jay may stage again. In that case I would encourage you to shell out the few quid which it cost for a couple of very entertaining hours. I missed the live session and caught up the following day. As it happens this was fortunate, since the original suffered a few technical hitches which were largely resolved by the Sunday. The scheduled 90 minutes turned out to be two hours' worth. The man gives value for money.

In addition, a good number of fundamental truisms. The first of these is the most sobering. Remember, he intones gravely, that no one has to read a single word you write. Ever. Ain't that the truth? There are weeks when even L, my editor and number one critic, has to be cajoled or threatened to open the blog and thus double my readership. I jest, but in the early days the limited number of hits on the site was enough to make me think seriously about jacking it in. I don't pretend fully to understand the Google Analytics which makes interesting graphs in the background, but there are more than two of you these days, for which many thanks.

After the session is over, I scan my back catalogue with increasing anxiety. How striking are my first lines? Not very. Do I use lots of parentheses - you know the sort of thing - with dashes (or do I mean brackets) or both? Oops. And what about ellipses? The three dots... These should be used only to indicate omitted text, says Jay firmly. They do not denote some kind of suspense. Do I agree with him on this? Hmm... Where I am with him 100% is in his aversion to exclamation marks. They are for screaming, not to tell your reader you've said something interesting or witty. And for those of you who are commenting on the titles Tom's Food!, Tom Cooks! and Tom Eats! I respond that if such wondrous blogs aren't worth shouting about, I don't know what is. Well, at least that's one Rayner test which we passed.

Good writing is, I think, very much like good food. It's indefinable, it's transient and you enjoy it very much at the time. And bad food writing? It turns the stomach more certainly than a dodgy mussel, and there is far too much of it around. But in a few days it will be Sunday. The Sabbath day has many pleasures: one of the finest of these is Jay Rayner's food column.

Out of courtesy, I sent Jay a link to an advance copy of this article. To be truthful I didn't think he'd have time to look at it, never mind to respond. But within the hour he replied-

Thank you Tom. That's very much appreciated. And your point about me possibly staging the class again is a good one. If I do, I now have elegantly written promotional material.