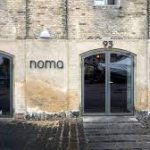 This article was influenced by two things. Firstly, there was the announcement that chef René Redzepi is to close his renowned restaurant Noma in 2024. Situated in the Danish capital Copenhagen, Noma has five times been voted the world's best restaurant. And secondly there was the rather lurid headline in Sunday's Observer that Jay Rayner was saying good riddance to fine dining. It wasn't quite what he wrote, but we'll come to that.

Redzepi declared that the Noma model was unsustainable. (If you manage to secure a table expect to pay £400 a head - and that's with no drink.) Financially and emotionally, he continued, as an employer and as a human being, it just doesn't work. 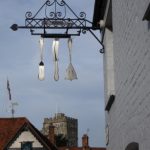 I think the starting point of the discussion is what you mean by fine dining. It can't just be about money. For many the sorts of prices quoted in the Tom Eats! columns would be prohibitive, but I would argue that very few of the places I've reviewed fall into that category. (There are exceptions. The finest meal I have ever eaten was also the most expensive, at Heston Blumenthal's The Fat Duck.)

It's a term I dislike, largely because I don't know what it means, and it's one whose inference is changing. Once upon a time it was a boast, probably instigated by French Michelin star holders, signifying their belief that you were being served la crème de la crème. Now my experience of such places is very limited, but I have been in one or two where you are made to feel that they are doing you a favour by serving you. (That, incidentally, is not restricted to high end joints.) But I sense that the phrase fayne dayning said in a Morningside or Kelvinside accent is gradually turning into a pejorative one.

I reread my own scoring system. My highest food scores will go to dishes made with a great deal of care and attention to detail. People may laugh at Redzepi citing economic issues at those prices; however, many non cooks will be unaware of the amount of time and effort, not to say skill, required to produce what's on their plate. I am currently making a pheasant terrine. It requires two days and a goodly number of hours to produce about ten slices*. While very tasty, it will be rustic. A few years ago at Tom Kitchin's flagship restaurant The Kitchin, I ate a game terrine. On the plate it resembled a chessboard, the different meats cut into identical pieces and arranged with the utmost care. I reckon one chef must have spent the best part of a day to produce 6 or 8 or 10 of these, however many were required. Work out the wage costs for that alone.

Ah, staff costs. Well, we know these have soared for a variety of reasons. The big guns aside, folk working in the restaurant industry have traditionally been fairly poorly paid. In the case of Noma, a significant number of people working there (and in a good few big name places) as stagiares will be working for nothing. Those chefs who could afford to do this may say it was worth it for the learning experience: the cynics call it slave labour. Enforced time off during COVID made many people reevaluate their work life balance, and the industry is having to adjust to the changes.

Restaurant prices are having to rise, with the obvious knock on effects. But hefty bills do not fine dining make. I share with Jay the feeling that I am entitled to spend my hard earned as I please, just as you may choose to go to Formula One or the Royal Opera House (or to watch Scotland at Murrayfield, for heaven's sake).

Many of you may know that Jay is also an accomplished jazz musician. In an interview a few years ago he said, I can’t bear self-absorbed jazz, which seems to be performed for the people onstage rather than the audience. For me, that's a good metaphor for where fine dining crosses the line. When the food is being produced and served more for the ego of the chef and staff, and the experience isn't fun, that's a turn off. I read a review recently of a new venture by a famous chef. Not only are the dishes influenced by his childhood - fair enough - he apparently delivers them all in person to the diners and regales them all with the same childhood reminiscences. If that's fine dining (£155 a head at that particular place), let it slip away quietly.

* The recipe will feature in this week's Tom Cooks!