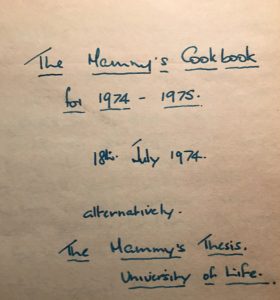 I mentioned a month or two ago that - to my own surprise - this column has just celebrated its seventh birthday. 7 years. A time for introspection, albeit one without an itch. It started off on the back of two cook books. The first was written for me by my mum when I was 20, and had not long started on my culinary journey. The second was written by me, for my own kids. It ended up costing me a fortune. So many people asked for one that it went into a third print run.

Although I look back at some of the book's content and wince, it made me realise that I quite enjoyed writing recipes. The fact that so many of them out there are badly written and ambiguous was also a spur. But my questions to act as a springboard for the next seven years are, why do you read this column, what are you looking to get from it, and what would you like to see next? 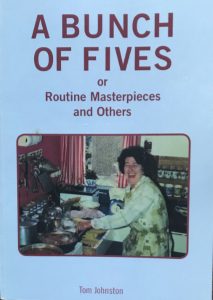 While many of you who click on the link every Friday are total strangers, I do know a fair few of you. Some have become friends as a result of the blog, which is a terrific bonus. But I'm just a slightly better than average amateur cook. Many of you are far better cooks than I, and a few of you are professionals. When I retired nearly nine years ago, my culinary skills were far more limited than they are now. I could cook you a tasty enough plate of food, but there were so many techniques which were missing. In some cases these were things I'd never tried: others were things I'd attempted to do, failed miserably and taken the huff. Well, who would want to eat/cook that anyway?

I've told many of you about the game changer, an intensive two week course at Let's Cook Scotland (sadly no more) run by the lovely Sarah Mellersh. Analysing things, when I started to write about the cooking, as opposed to the eating, of food, I think my target reader at the outset was the me of 15 years ago. Not a complete beginner, but someone with a lot of room for improvement. I've now run a few cookery classes for people at that stage, and they've been enormous fun.

So today, as the penultimate rays of the year begin to fade (if you can see them through the p***ing rain), I pose a few questions.  What are the things you like and dislike about Tom Cooks!? Are the recipes at the right level? Is there enough detail, or is there so much that they are patronising? Have you made any stand out dishes using the column, or have you had any that didn't work, but you were too polite to mention them? And finally, do you have any suggestions for content? If you have a tried and tested favourite recipe, send it in, preferably with a photo of it and one of yourself.

Right, that's it. I have made pleas in the past asking for feedback. The last one (Ingredients and Gadgets) elicited a terrific response  My hopes are therefore very high, and you have the excuse of peace of the holiday break, or nipping away for a quiet time to work off your hangover. Either use the Comments box at the bottom of the page, or email me directly at tgj52a@outlook.com. I have a good feeling about 2023 - let's share it.