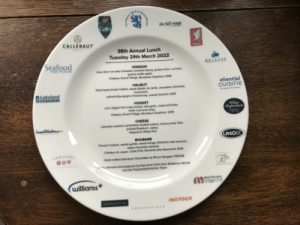 It's early April. Another batch of you with 31 March year ends will have hung up your gowns, spreadsheets, laptops or whatevers and joined the happy band. The band, that is, of the wastrels, parasites on society, to wit the retired. So let me tell you how it is, by relating something which happened to me recently.

Seeking gainful activity, I was pondering whether to cut the toenails or remove fluff from the navel, then it arrived. An invitation. Not any old invitation, but would L & I care to attend the annual lunch of The Master Chefs of Great Britain (MCGB) at Prestonfield House? The source of this wondrous thing was my old pal Bill Kerr, sometime star of Chef Watch, and twice Scottish Chef of the Year. An offer only a fool would refuse.

Some weeks later, well scrubbed, we find ourselves in the sumptuous surroundings of Edinburgh's Prestonfield House, in the lea of Arthur's Seat. This was in the stables which they use for larger functions. If you haven't visited, you must go and see for yourself the unashamedly over the top opulence, gloriously restored by the munificent James Thomson. More of him anon. 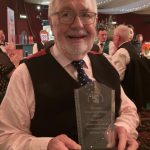 Hadn't seen Bill for a good while. He hasn't changed. As we're seated my eye is caught by the plate at each setting with the date, menu and sponsors' details. Ours to take away with the rest of the goodie bag.  Bill tells me that it's 40 years since he was elected to the MCGB. (You don't apply to join: your peers elect you.). I froth and splutter. Why are these bounders not celebrating this? Five minutes later he's called to the stage and given a special award. His face is a picture. Clearly as unexpected as an Oscars greeting from Will Smith.

I suppose you want to know about the food? Oh, well, if I have to go over it again, all five courses. Venison bresaola with a crumb and a purée. I couldn't quite work out what was what, but the minute garnish alone advertised quality. A chef's skill is in inverse proportion to the size of her garnishes. A plate of extraordinary subtlety. (8.5/10) The fish dish was advertised as halibut, squat lobster oil, lardo, Jerusalem artichoke, mushroom. There was also a jug of fennel scented stock, and I could have sworn there was a bit of crustacean on the plate too. (7/10).

It's nice to see hogget making a resurgence. That's a sheep between 1 and 2 years. The meat combines the best of both worlds, the tenderness of lamb but the more intense flavour you get from mutton. There was loin, and a faggot. I missed the crispy breast. A wild garlic purée, tiny violet artichokes, and some ewes curd and whey for salty sharpness. (9/10).

The cheese course was unlike any other. A slice of washed camembert was coated with a toasted walnut crumb and came with a chicory tarte tatin and pickled Braeburn. Not quite how we serve cheese in my house. (8/10)

I often pass on dessert. Instinct told me that would be foolish thing to do here. Always trust your instinct. Described on the menu as Rhubarb, there arrived a cylindrical confection with layers of biscuit, something that seemed half meringuey, parfait, and orange jelly The side was lined with probably a dozen identical pillars of slivers of barely poached rhubarb. My heart went out to the commis chef who had that job. (There were 300 of them, remember.) But there was more. It was topped with a Glenlivet macaron and adorned with a semi circular, centimetre wide band of tuile. (10/10) How do get 300 of these right? I asked Bill. Easy, he replied, you set out to make 500.

Having been on the fringes of the licensed trade for decades, I encountered a good few old faces. Always a pleasure, matched only by the new acquaintances. A special shout out to Andrea, Louise and Pamela of sponsors Mark Murphy, who graced our table. Delightful ladies and brilliant ambassadors for the company. I mentioned last week that, by coincidence, recent Chef Watch star Graeme Cheevers was at the next table. Another pleasure. 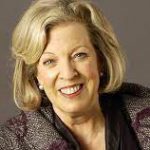 But I'm sure that none of these worthy people will take offence if I say that I leave the best to last. The MCGB patron is one of my all time food heroes, Claire Macdonald, author of some of the finest cook books ever written. On radio and TV she comes across as very pleasant. Well, I've now met her, and I have to tell you that she's not like that at all - she's much nicer. She is delightful, she is gracious, she is charming. What a pleasure, what an honour. AND she's given me permission to use her recipes in Tom Cooks! That's the column taken care of for the next century or two.

The final word for James Thomson, host in absentia, the absence due to COVID. Not only did he provide the room free of charge, he paid for all of the drink on the day. For 300 very thirsty people that is generosity of the highest level. Thank you sir, we wish you a speedy recovery.

But a tribute, most of all, to one of the longest MCGB members and chef extraordinaire, our host for the day. Thanks, Bill.