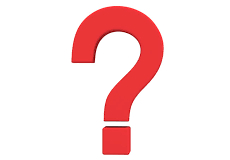 I had expected to be slagged for last week's column of non-reviews. Instead some of you were kind enough to praise the resourcefulness. This week should have seen me basking in the Algarve. Not so, alas, though it was fear of the unknown - a possible eight day quarantine just before Christmas - which tipped the balance. So instead of fobbing you off with a Tom Eats! Will Return in 2022, I'm sharing part 2 of the troughs in which you may find the TE! snout next year. This week I consider home turf. Let's begin at the top end. The hottest ticket in town is Roberta Hall's new incarnation of The Little Chartroom in Bonnington Road. She opened in October. I thought I'd leave her be for a couple of weeks before gracing her with our presence. I then discovered she was booked up until March. I will get there one fine day, but it may be to sample the autumn menu.

I've read a bit about Heron, down in Leith. All good things; however, 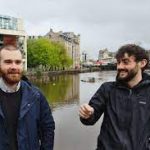 with one or two exceptions there are no Scottish based restaurant reviewers whose opinions I particularly respect. What tipped the balance for me was a recent interview with Dean Banks (of Dean Banks at The Pompadour) fame. He declared that a recent meal at Heron was one of the best he'd ever eaten. If it's good enough for Dean...

Finally, a surprise omission to be rectified. Stuart Ralston opened Aizle over seven years ago. People have been saying nice things about it ever since, but we've never been. For six years it was tucked away in the wilds of St Leonards, but has been in its new digs in Charlotte Square since 2020. If you haven't seen it, it's in the

Kimpton (that's the Roxburghe to Edinburghers - why do management companies think it clever to rename landmarks?) By way of compensation, I think this column was the first to review Ralston's Noto in Thistle Street (22/25), so we must make it to the mother ship.

Right, that's enough of the stuck up, high falutin' nonsense. You will note that I've avoided the term fine dining. If anyone could provide me with an adequate definition I might change my mind. For me, good food is good food, wherever and however you find it. I'm happy enough with the word dining, in the sense that this column will never review coffee and cake places, and even, in the depths of lockdown, very seldom wrote about takeaway food. But perhaps it's time to broaden the spread a little.

Years ago I expressed an intention to review a J D Wetherspoons. As an institution, it doesn't appeal. Marina O'Loughlin went to one a few years ago and gave it a mauling. On the other hand I once heard an Indian chef being quite complimentary about the standard of food on offer at one of their curry nights. Time to push the snobbery to one side. Though I do recall no one has offered to accompany me on this particular jaunt.

The final project will remain under wraps for now. I'll just refer to it as A Street Not Far From You. There is one particular thoroughfare, not so distant from the city centre, which has seen a proliferation of eating places of all types. The only question is, should I start at the bottom or the top? Watch this space.

And, as ever, please please alert me to any unreviewed favourites. Next week will see the Review of the Year, then that'll be that till mid January.

Can you spare a little cash for a charity cookbook this Christmas?

Neighbour and friend Allison Tait has edited a selection of food and drink recipes. Ormidale Eats & Drinks is 60 pages of mixed recipes, including one from Tom Cooks! All proceeds will go to Community One Stop Shop, a registered charity based in Broomhouse, which provides food and support services to people rather less fortunate than the readers of Tom's Food!

You can contact Allison at allisonr.tait@gmail.com or, better still, come and meet her at her Christmas stall on Saturday 11 December at 4 Ormidale Terrace, Edinburgh between 2 and 4. Free mulled wine and mince pies. Allison is asking only for a fiver per book. Tom's Food! readers are expected to cough up a tenner each (or more).