The local GP and his wife enter your restaurant. The exchange between them and your waiter goes something like this.

Yeah, I know. Mrs Smith, did you look in the mirror before you came out? What on earth made you think that top goes with that skirt? And Dr Smith, you're looking a bit rough. On the sauce again yesterday? My aunty went to your surgery last week and she says you're a rubbish doctor.

What happens next? I'm guessing a waiter in search of a new job, even if you had been thinking exactly the same yourself. Yet I will guarantee that there is not a restaurateur or waiter who has been in the job for any length of time who hasn't experienced gratuitous, unjustified rudeness or worse. In many cases, lips will have been bitten and pride swallowed because of this vague "rule" that the customer is always right. Hold that thought. 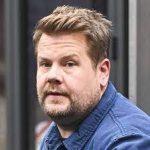 Last week's Tom Eats! reviewed Balthazar London. Sometime after our visit there was a well publicised spat between actor James Corden and owner Keith McNally, who also owns Balthazar, New York where the incident took place. Corden's wife had ordered a yolk-only omelette (why?). It appeared with tiny traces of egg white. When its replacement arrived the kitchen had inadvertently served it with chips instead of the salad which had been ordered. Corden apparently lost his temper, McNally describing him as the most abusive customer to my Balthazar servers since the restaurant opened 25 years ago.

Mr McNally then 86'd Mr Corden, barring him from the restaurant. He rescinded this after a telephone apology. I gather the feud has reignited, but that's too tedious to report. The point is that any complaint, especially when made to a server as opposed to the owner, must be made in a reasonable, non-abusive manner.

One of my many pet hates in restaurants is being asked if I would like to have the concept explained. To me the concept of a restaurant is pretty simple. You cook and serve. I eat. You clear the plates and wash up. I pay. But it's important to add a couple of implied conditions.

1. You serve me food of a reasonable standard.

2. All parties treat each other with civility and a measure of respect. 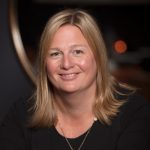 So well done, Keith McNally for calling out this diva behaviour, and all other restaurateurs who have taken a stand. Take a bow, Vikki Wood of The Wee Restaurant, North Queensferry. A customer who had been incredibly rude left a social media review which was venomous and totally inaccurate. Vikki gave a firm response, in polite terms of course, telling the world precisely had happened. The idiot customer went to her solicitor and whinged. Vikki stood her ground; the whole thing fizzled out, and said customer probably incurred legal fees three times the cost of the meal. Ha, ha.

Looking at my synopsis for this piece (yes, a little planning is involved, despite what people think) I see I'm only half way through the list. There's a Part 2 for a future date.

So to finish, was I the only person to wonder what it meant to be 86'd? An American term, it originated in the soda fountains, more specifically in the terminology used by soda jerks. Such a charming title for a hard working server, don't you think? Now, 86 rhymes with nix, which means nothing. Thus, to 86 something originally meant to take it off the menu, usually because supplies had run out. By the 1970s the term was also being applied to customers, either to eject them from the premises or, as in the Corden case, to bar them.

Later it was adopted by organised crime, meaning to bump off. Whatever the rights and wrongs of the Balthazar case, we must assume that no homicidal intentions were involved.

More Customer is Always Right thoughts in a couple of weeks. Your contributions are very welcome.