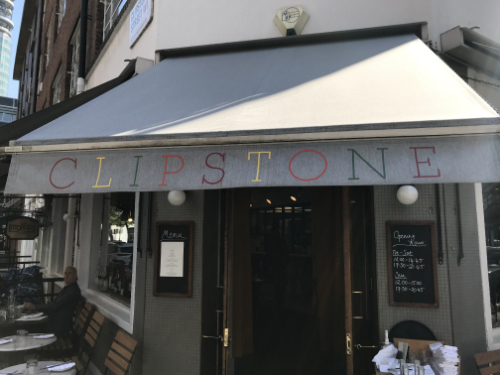 Clipstone, I pondered. Why on earth would you call a restaurant Clipstone? Fortunately, before I made an a*** of myself in the style of the idiot reviewer who slagged Gordon Ramsay for the name of his Bread Street Kitchen chain, I put my brain in gear and checked the address. Clipstone Street, just west of what I persist in calling the Post Office Tower. The O2 now, I think. That was where we were trysted to meet the Former Brewing Giant, another of his picks from the Times Best 100 Places To Eat In London.

For some reason, the name wouldn't stick in my head. Getting into the taxi I was about to ask for Clapshot Street. Even the cabbie couldn't remember where it was at first. Still, we got here, and are very glad we did. Being far too early there was lots of time to drool over the menu. 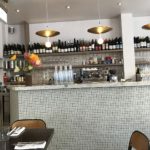 There may or may not be a tide in the affairs of men, but there are certainly trends in restaurants. One of these is the now common addition of a section in a menu entitled Snacks. One reason, of course, is to boost sales. When you are selling food of this quality at 2 courses for £30 at lunch, it can't be easy to make money. If you can persuade diners to spend a further six to eight quid on an extra course, that helps. The second reason is to get over the strange attitude which British diners have had towards bread. Half a century ago, the majority of households would be eating ready sliced stuff at home, and few restaurateurs would shove that on a plate. The swisher establishments might serve rolls; however, getting Brits to pay for them? You're having a laugh.

In France you expect an additional item on the bill for pain et covert, but we Brits have generally been averse to the idea of a cover charge. Despite that, our bread expectations are now sky high. During our short stay in London we stuffed ourselves with baguettes and sourdough of the highest quality. These things are not cheap, so the first item you will see in the Snacks section is bread, and quite right too.

Being breaded out we rejected our waiter's suggestion of some sourdough while we were waiting. A charming man from Hungary, Gabor (as in Zsa Zsa). We also discovered from him that there is a sister restaurant nearby called Portland.

Then FBG arrived and we got stuck in, as we always do. We ate pea and mint arancini and pork and duck rillettes, both excellent. We may or may not have had the whipped cod's roe. We definitely had Chalk Stream Trout with Dashi Mayonnaise, probably the dish of the day. I'm fairly sure the Caramelised Margharita Onion Tart with Parmesan Cream featured, along with Cornish sea bream and Crispy Lamb Breast "St Menehould". The latter is a town in north east France, the birth place of Dom Perignon. It is, in case you're interested, twinned with Cupar in Fife. A champagne sauce for the name, perchance? No, but the town is famed for a dish named pied de cochon (pig's trotter) à la Sainte-Menehould, which requires long slow cooking to make it tender, as does breast of lamb. I'm guessing that's the link, but I could be quite wrong.

We also drank a lot of good Soave served in carafes to assist us on the train journey home. We had eaten ample, and were proud of having avoided the bread. Of course, in our chats about matters culinary we had regaled the FGB with our crusty experiences, and Gabor had clearly overheard. As we left, in recognition of our services to Soave importers and to boosting the week's takings, Gabor presented me with an elegantly wrapped paper parcel - containing a loaf of the finest sourdough.

Just before the taxi arrived we got a chance to say hello to head chef (or was he the owner? - note to self, must try harder) who splits his time between here and the nearby Portland. The organisation also owns The Quality Chop House in Farringdon Road, of which I had heard, seeing as how it's been there for over 150 years. Not only did we have a stunning lunch, we now have two other places to add to the list for next time.

Also worthy of a mention 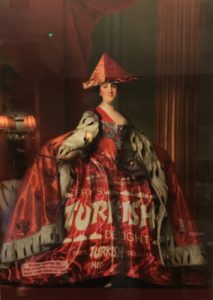 My attention was caught by the fact that immediately before our journey, this place had been reviewed twice, by Messrs Coren and Rayner respectively. Then lo and behold, on the second day of our visit, they hit a hat trick, being written up in the Evening Standard by Jimi Famurewa. Coren described it as a tourist trap: Famurewa and Rayner liked it, the latter describing it as an instant classic. A slight misnomer given that it's been there for 113 years. (The parent company went bust in the pandemic: this is a resuscitation.) 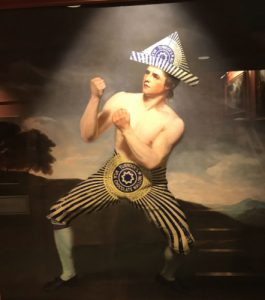 All I can say from first hand experience is that it's a lovely place with eccentric art on the walls; that they serve really good coffee; and that our waitress was delightful. She hadn't known about the Evening Standard review, so I legged it back to our hotel and got the paper out of the bin for her.