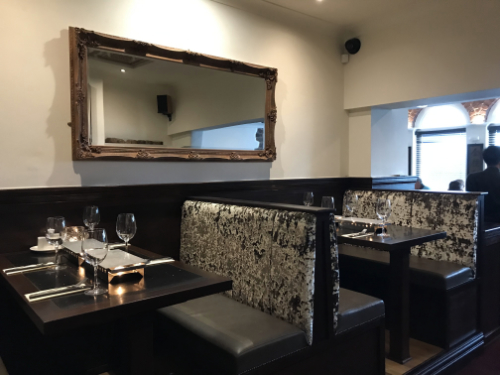 Parkgate?  It reminds you of the old story involving Davy Crockett's head gear and the slightly deaf man. I said I was going to Parkgate, and the reply was, wear the fox hat. So I suspect that unless you hail from Cheshire or, perhaps, nearby Liverpool, you may not have heard of this rather charming little place. 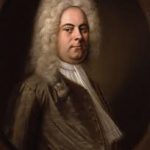 Stroll up the parade. On a sunny afternoon, it's a tricky business, avoiding the hordes who come for some top notch ice cream and even better fish and chips. Like Venice it gets easier in the evening. As you perambulate, marvel at the worn stones which held back the water for centuries. They would have been here when George Frideric Handel disembarked from Ireland after a triumphant premiere of The Messiah, and when Emma, Lady Hamilton, bathed in the sea during a period of convalescence. The stones remain, but the water does not. If you squint carefully you can in the distance spy the River Dee, and across it to North Wales. Sadly it has silted up to such an extent that your vista is primarily grass and bulrushes, though it is an excellent site for birdwatchers. 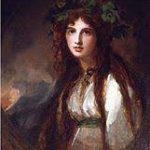 That's a pity but don't let it deter you. The place is now devoted to pleasure. Unlike many such places, the people running the pubs and hotels and ice cream shops are really lovely, as indeed are any locals you encounter. Our intention was to use this as a base to explore North Wales: instead we mainly stayed put, and explored the little paths and villages to be found off The Wirral Way. Clocking up to 25,000 steps a day not only makes one feel unbearably smug, it's also very good for the appetite.

As well as consulting Trip Advisor, we also consulted neighbours and other food experts (OK, folk we met in The Boathouse bar). The name Chow's came up a lot, mostly with a caveat about price. I touched on cost last time, in the Rico's review. Perhaps I was a little over generous to them, but let's start by meeting price head on, with particular reference to Chinese places. The intrepid and enterprising Chinese folk were among the first non Europeans to set up restaurants in Britain. When one considers how wildly different their style of cuisine is from ours, gaining acceptance must have been no small feat. Like many who seek to break into new markets, a low price always seems to be one USP (unique selling point). Not a sensible one, as it's generally unsustainable, but a common option. For some Chinese places it still persists. A recent flyer posted through my door offered a huge range of oriental goodies, each priced at £6.90. I won't be going there.

It is notable that the Thais, who came to the party much later by which time food from the east was no longer a novelty, have no problems in commanding sensible prices. Let's look at Exhibit A, sea bass. Order it in a medium range British place, and what would you expect to pay? Probably somewhere between £13 and £20, perhaps. And for that you would expect a single fillet, probably with some trimmings. In Chow's, 14 pounds will buy you two huge fillets - that's a whole fish, ladies and gents - steamed to perfection, the steam gently scented with ginger and spring onion. I could go on, but I'm on my holidays and in less ranting mode than normal.

The other thing about Chows is that portions are large. Paradoxically I'd prefer smaller ones so that when dining à deux you could sample more. Again it's the Chinese adapting to British tastes. As a reviewer I know how hard it can be to prise even a taste from the plate of some fellow diners, never mind share a selection. So how did we solve the problem? Simple. We over-ordered and over-ate, as I always do when the delights of Beijing, Canton and Szechuan are on offer.

Any type of spring roll can end up as a cheat. It will always be delicious, but you can stuff them with anything and get away with it. Not here, The duck spring rolls contained 100% of the advertised meat, and came with a very good but unidentifiable dipping sauce (plum, perhaps). A salt and pepper king prawn starter had a cavalcade of the critters, plump and juicy, with some onion and chilli. I could have done with more pronounced seasoning. We had a quarter Beijing Duck because we hadn't gone Chinese in an age. This was a very fine example, a huge duck leg shredded at the table in the correct manner.

We had already consumed far more than our average home dinner, with the mains still to come. Somewhat boringly we had eyed up the beef in black bean sauce (one of the few dishes in the universe where green pepper should be allowed). Instead we ordered a variation, crispy lamb in black bean and chilli sauce served with Steamed Bao Buns. I'm not sure how they achieved the crisp (no deep fryer involved) but to do so a bit less fat was removed than I would prefer. Wish I'd stuck to the beef. In a spirit of hope over experience, I did try the tautologous Steamed Bao Bun (you can't make them any other way). Even when I remembered to remove the paper and stuffed it with lamb and sauce, the sensation was of biting into a nappy. L had more sense and passed on hers. Again, the saucing was a little timid. This slight disappointment was more than compensated for by the delights of the sea bass.

We nearly finished it all. In our heads was playing the mantra from nearby Liverpool. No, not you'll never walk alone, but you'll never walk again. Lots and lots of people make the walk to Chows. The place was heaving. I was delighted to see that everyone else had over ordered. And had smiles on their faces. Don't come here for cutting edge Chinese. For that stuff you need to follow Giles Coren to obscure parts of London. And don't come here for cheap crap. But do come here if you want good ingredients resulting in well made food that's a cut above your average.