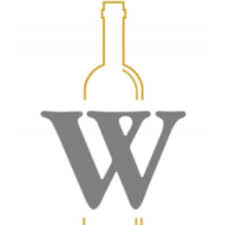 Am I alone in detecting a bubbling undercurrent of resentment at a band of COVID restrictions which seem to be on the capricious side, with little obvious evidence to justify them? In the beginning we were definitely wearing the All In This Together teeshirts, confining our forays out of the front door to occasional food shopping and clapping for the NHS of a Thursday evening. The Government said it was acting on the best scientific advice, and we believed it.

I'm writing this on the first day of the 16 day lockdown which may sound the death knell for many more restaurants and pubs. That's in a week where I ate out twice in places where I felt far less likely to pick up any virus than in any supermarket. But my faith began to shake a few weeks earlier. One Friday night in the diary was scheduled to host one of Her Majesty's Counsel Learned in the Law for a bite of supper. We have a large old fashioned dining room - two metre social distancing was quite feasible throughout the evening. The change in restrictions put the cabosh on that, so we arranged to meet out, at this place. Where the three of us sat, following then current regulations, maskless, barely an arm's length from each other. And don't get me started on the circuit breaker. 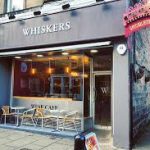 But it did give us an opportunity to eat here for the first time. Whiskers is on the site of the former Henri, which I had visited only for coffee. L and I had popped in here the previous week. A walk which had turned out much longer than anticipated saw us in need of a pit stop. Despite our having nothing booked, they manged to squeeze us in for a quick beer (the draught stuff being sold only in measures of ⅔ of a pint). We were taken with the friendliness of the staff and booked to return with HMCLITL (HMC for short).

This ticks virtually all of the boxes for a neighbourhood place. Lazy weekend breakfasts, great value lunches, something a little swisher at dinner time, and, of course, a Sunday roast. We were lunching, and had a choice of five each of starters and mains and a couple of sweet option. HMC not only shares L's cream intolerance: hers is wider ranging. As a result, that range of choices was much narrower. A smallish menu makes sense for most places; however, if you are looking to attract a regular clientele from the nearby area, it might make sense to have a daily special or two.

The starters probably deserve the greater praise. Chicken paté (interestingly not styled chicken liver paté) had a nice creaminess allied to a depth of flavour, an was served on a bed of celeriac remoulade. The salt roasted beetroot was also highly commended, purple and golden slices vying for space with crumbles of goats cheese and honeyed walnuts. A fine combination, well executed.

Lunch is 2 courses for £16. Seeing steak and chips on the menu I took out my magnifier to check how much of a supplement that would attract. Nothing whatever, astonishingly. What came was, I think, a piece of hanger steak. It's part of the beast that is less well known, and therefore more affordable. When simply seasoned and seared over a high heat as this was, it is terrific. It came with roasted vine tomatoes and chips. L was happy.  I ordered the fish and chips by mistake, failing to register that HMC had already staked her claim. She too was content. The two of us would have scored this very differently. I felt that neither the fish nor the potatoes had been fried in hot enough oil. A little debate ensued, but, hey, whose column is this?

Whiskers (don't ask about the origin of the name - too cringeworthy) was full and deservedly so. You're not going to your wee high street place for perfection. You are here for decent grub, served efficiently  by lovely people, at a price you're happy to pay. Tick, tick and tick again. I will be happy to return here. They will reopen on Wednesday 28th. Why not help them out and book your table now?