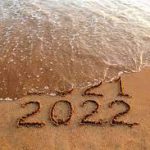 Happy New Year! As you are probably aware, this column doesn’t make new year resolutions. Well, not for me, but I thought you lot could use a few.

Lift up any packet of ready made, allegedly plant based food and shudder. For starters, if you are eschewing meat (as opposed to chewing it like normal folk) why do you have to describe your food as burgers, sausages and the like? And do you have the faintest clue precisely what that list of chemicals and e-numbers is all about? No, me neither. But

Let’s face it, we omnivores can be as bad as the rest when it comes to processed food. Tom Eats! does not preach and ain’t going to start now; however, we do stand for a broadly based diet of fresh food. The odd ready made thing is fine for a treat (I won’t allow the excuse that you were in a hurry), but if it’s becoming a two or three times a week affair, perhaps time for a change. And remember that bacon, sausages and burgers are highly processed (unless, of course, they come from Castle Game Scotland) So

Here in the decrepitude of Johnston Towers, we have the luxury of retirement and therefore time. But don’t let a busy life be an excuse for eating crap. Dinner doesn’t get faster than an omelette and a salad. Or, assuming you’re not too snobby to have a microwave, a baked potato* and any number of fillings. And remember your freezer is your friend. Make double quantities when you have time and store the rest.  As you know, I’m no great fan of Mr Oliver, but when he’s being slated because his 15 minute meals take 20, that’s plain silly. There are books a-plenty on the topic. But

How many do you have? After a very strict rationalisation, I am down to just over 80. Modern glossy ones with a picture every other page will probably contain about 100 or so recipes. Old style ones from the days when it was relatively expensive to produce books may have hundreds. Escoffier’s Ma Cuisine runs to more than 800 pages with 2 – 3 per page. In short, I am probably the proud possessor of over 10,000 recipes. And how many of these have I cooked? Which leads neatly to

Do you wake with a sinking feeling that because it’s Monday it’s going to be mince for supper? Pasta on Wednesday? And, of course, fish on Friday? Come on! That’s just plain lazy. Look at back issues of Tom Cooks! or all the recipes in your dozens of unread cookbooks.

If you are unfortunate enough to encounter one, enquire if they suffer from depression due to the lack of Omega 3. Or how they maintain their Vitamin B12 levels. Is their anaemia pernicious or merely mild? Or do they spend thousands on vitamin supplements and other things which can be avoided by following a balanced diet? A healthy food intake is to be commended: I’m just not convinced this is the way to go. What about

If you thought this was a logical follow on, you little know your man. Yes, one can think of good health reasons for it. But consider instead hard pressed restaurateurs and publicans who have been taking a hammering of late. Think laterally. Dry gin and dry vermouth. Dry sherry for the vicar and the maiden aunt. And, of course, dry white wine, not forgetting that the brut in Champagne Brut means dry. Come to think of it, that which doesn’t have sugar isn't sweet, therefore must be dry, so I guess that includes slimline tonic too. But let’s get serious again.

Now for many, price is key and I get that. For a basic staple, there is no point in wasting money. But in a lot of areas where quality can vary enormously, you often (though not always) get what you pay for. I would far rather eat top quality, top of the range meat once a month than mediocre stuff once a week. Local food shops do exist – you just have to look a wee bit harder these days – and can be cheaper than you might expect. Our find of the days of The Great Plague has been D. McPherson, our brilliant fishmonger in the shadow of Tynecastle stadium. Great produce at very reasonable prices. But almost finally 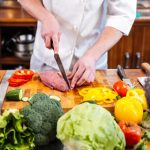 And, even more importantly, encourage your friends to sign up too. I’d also appreciate recipes, suggestions for reviews and any topics for On The Side articles. And finally, finally

*My esteemed friend Mr C says he will never eat a microwaved potato, and to that extent I agree with him. I should have pointed out that after getting the tattie soft in the microwave, I will then crisp it up in a proper oven. Mine is a combi thing, so it can do both, probably more efficiently than my method.