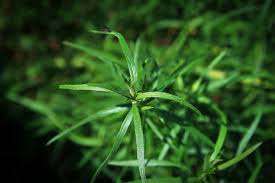 So what's unusual about that, I hear you ask? Well, for one, L is not fond of anything with a strong aniseedy flavour. Nor am I - Pernod, Pastis and the like are a big no no, and I have never visited Greece for fear of being force fed ouzo - but when the flavour is less in your face, as with today's star, I am a fan. I am also hopeful of a making a conversion. People's tastes become more refined. Who, for example, liked olives before they turned 30? Having said that, I'm still pretty amazed at having witnessed my grandson scoffing an entire bowl of them, age 15 months. (The grandson, that is, not the olives.) So maybe, just maybe, L may be coming round to tarragon, aged slightly more than grandson E.

Anyway, with the arrival of R the eldest, the said E, and T, E's Dad, a routine masterpiece was called for. When I have visitors from furth of Scotland (No, furth is not a typo, look it up) my go to main course is beef. Scottish beef is, without question, the finest in the world, provided you go to a decent butcher and fork out for the best. If you hail from Ireland, Argentina, South Africa or Japan, don't bother to write in - you're wrong. When my back is to the wall in foodie discussions with French folk, beef is my trump card. Damn them, they can beat us hands down in most culinary departments, but I delight in pointing out that in the Scotland v France Beef Olympics, they wouldn't get on to the podium in a two horse race.

With beef, simple can be best. Roasted rare and served cold, with some new potatoes and salad - hard to beat. But I wanted steak. Four fine ribeyes were sourced. Tatties? Thought about chips, but a little too much last minute stuff when you're trying to socialise. So baked it was. Done traditionally in the oven, no microwaving involved. (The latter isn't a crime if you're in a hurry, provided you crisp them up at the end in a hot oven.) Some veg, I forget what. But to finish it off, one sauce to find them, one sauce to bring them all, and on the dinner plate bind them. (Apologies to JRR Tolkien.) That sauce was, of course, Béarnaise. See below for the recipe.

Now, that left me with quite a lot of the herb in my packet. I do hate waste, but fresh herbs can be casualties after the first dish. What next? Well, the lovely L had been lunching at The Wee Restaurant in North Queensferry. Bless her socks, she popped up to Dougie Murray's prize winning* fish shop in Inverkeithing and came back with some sublime haddock for my supper. Fish like that deserves the works. Home made breadcrumbs of course. (I have a friend, an ex pro, who uses Ruskoline. I hope he's blushing as he reads this.) Home made chips of course. And sauce? Well, there's nothing wrong with Heinz tomato if you have middle of the road produce, but not today. Some ready made sauces are OK - horseradish for example - but I have yet to meet any ready made Tartare Sauce which was anything other than disgusting. Excitement prevailed. My fridge had some dying dill in addition to my tantalising tarragon. Chop up some of each. A few spoonfuls of Hellmanns, with coarsely chopped capers, finely chopped cornichons and, voilà, sauce tartare for the gods.

But there's more. Tarragon, that is. I have a couple of packs of nice free range chicken thighs. The plan is to do a low-ish calorie thing, a sort of chasseur with minimal fat. I've done it before and very fine it is. And it'll use up a leftover half tin of tomatoes. But I'm sneaky. I've bought a tub of Elmlea, a vegetable based cream substitute, which passes muster for the real thing in cooked dishes. Chicken with Tarragon and Cream is an absolute classic. I keep back a few thighs to make this for me. There are numerous recipes. I ignored them and my version is set out below. It was lovely. And, as I quietly entered the kitchen, I heard a spoon going into the pot, and very contented licking sounds. Probably not a Damascene conversion, but on the road.

Now, what am I going to do with the rest of the packet? On the basis that this article won't appear for another month my timing may be out, but please send me your take on tarragon. 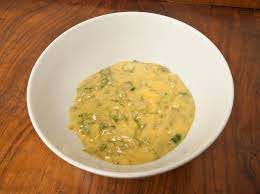 This is a member of the mayonnaise family. This time it's butter which is emulsifying with egg yolk instead of oil, and you have the added complication of heat. I have a double saucepan, which is great. Failing that, use a glass bowl over, but not in, simmering water. Too much heat and your sauce will scramble. Any recipe I have ever seen tells you to use softened butter put in bit by bit. Any chef I have ever met tells you to melt the butter. I suspect a purist would separate the yellow molten liquid from the whitish solids at the bottom. I didn't. You must have fresh tarragon - don't even think about using dried.

Put the reduction ingredients in a pan, and boil until the liquid is reduced to one third. (Keep a close eye on this. It's very easy to allow it to boil dry. In that case, add more vinegar and start again.) In a double pan or glass bowl (see above), put the egg yolks and a little salt. Mix them together with a teaspoon or two of the butter. Put the pan or bowl over, not in a pan of gently simmering water. The water shouldn't touch the bowl. Strain the reduced vinegar into the mixture and mix well. Then start drizzling the butter in, beating like mad. You need to keep a careful eye on the temperature. You need heat to make your sauce thicken, but not too much other ti will spoil. You may need to take the pan/bowl away from the heat from time to time. Once all the butter is absorbed, remove from the heat, stir in the tarragon, season to taste with s & p, and stir in a squeeze of lemon juice at the last moment. Serve at once. 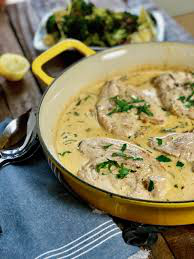 A purist would say that you should always cook chicken with the the skin on. In this dish it adds quite a bit of fat to the richness of the cream, so I suggest using skinned thighs. Suit yourself.

Brown the chicken pieces in some oil, and set aside. In the same pan, soften the shallot and garlic in the butter and a little more oil if needed. Season with a little s & p. Return the chicken to the pan and pour over the vermouth and add half of the tarragon. The liquid should be at least half way up the chicken. Bring to the boil, cover, and simmer gently, turning once, till the chicken is cooked. Remove the chicken from the pan and reduce till you are down to about 50ml of liquid. Pour in the cream,  bring to the boil, and reduce to your desired consistency. Reduce the heat, return the chicken to the pan and stir in the tarragon. Cook gently for a couple of minutes. Adjust the seasoning with salt, pepper and lemon juice.

* H S Murray, 7 Hope Street, Inverkeithing, Fife, KY11 1LW. It wins the Tom Cooks! award for one of the nicest fish shops around. We still travel over from Edinburgh to shop there.