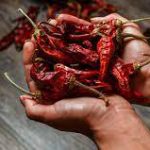 A bit like Lord Reith's BBC my mission has been both to entertain and to educate. The problem is that you were the ones who were intended to be educated, not me. Mind you, I consider my weekly Italian lesson a failure if my teacher hasn't learned something new: similarly, the amount of knowledge I've acquired through researching these blogs has been enormous.

Never more so than this week. In the food alphabetical, I did confess to knowing but little about chipotle peppers. To recap, they are jalapeños  which have been allowed to ripen, then smoked. It's fair to say they are a staple of Mexican cuisine, which explains why my recipe library and large-ish cook book selection were entirely silent on the point. You'll always find something on the internet about anything. I don't know why most American recipe writers annoy me, and it's not just because they measure things in cups. Plenty of British ones, too, but they seem to involve smearing chicken with a paste and sticking it in an oven. You, dear reader, deserve more.

You will say, yeah, but we know how to make chile con carne. I will respond with two words. Lupe Pintos. 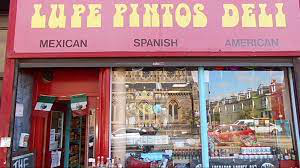 Run by genial Dougie Bell, Lupe Pintos is the name of a brace of delis in Glasgow and Edinburgh, on Great Western Road and Leven Street (near the King's Theatre) respectively. They specialise in all manner of chilli and spice, with a bias towards Mexico where Dougie has travelled extensively. I knew that chipotle was available in a variety of forms - powder, paste etc; however, my researches regularly referred me to chipotles in adobo sauce. That's a spicy sauce with tomato, onion, herbs - and more chipotle. I am an irregular visitor to the Leven Street shop, but my quest saw me headed there, drawn by their website which has a recipe entitled Lupe Pintos' Famous Chile Con Carne. The man clearly uses the same headline writer as me. And chipotle was a key ingredient. 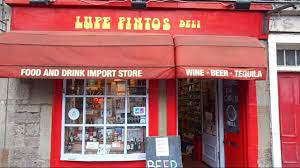 The recipe is markedly different to my version. The excellent Graham in Edinburgh provided me with the wherewithal, and I made it last night. Trust me, this is the best chile ever. (I would normally spell it chilli but I'm following the Mexican version today.) It comes out as medium hot, but there are more chipotles in a can, so add more if you want a blast. The recipe specifies 1 Chorizo. Graham said they sell them in one size, which is about 90 - 100g. Try to get the softer fresher stuff. The LP version has a natural casing which will disappear in the cooking: with some types you might want to remove the skin first.  Thanks to Dougie for permission to reproduce his recipe. I see that they have three cook books available, which will be augmenting my shelves very soon. Expect to hear more about them, and about Dougie in due course. Addresses below. Click here for the website.

Sweat the onions and garlic until soft. Add a little s & p at the beginning. (If you can't find tinned peppers, use fresh and add at the start with the onions.) Increase the heat, then add the beef and chorizo. Brown the meat and cook over a highish heat for about 10 minutes.

Add the tomatoes, red pepper, chipotle, cumin and oregano. Reduce the heat to a simmering point and cook for about 25 minutes. Beef in chunks will need longer than mince. Obviously. Doh! Stir occasionally. You may need to add a little water.

Stir in the black beans, and heat through. If the beef needs any longer, continue to cook until it's done. Check the seasoning.  You can serve at once, but left overnight this will taste even better the following day.

Best served with rice and sour cream and/or tacos.