In the final extract,we consider how to combat Snack Attacks and The Bad Idea Bears,the importance of not being bored by your food, and how to keep the weight off when you get there. 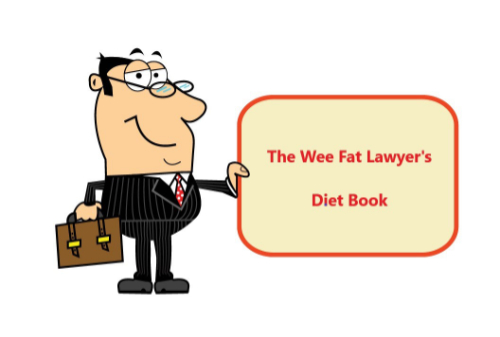 If you’re at home, as opposed to at work or out and about, this should, in theory, be easier. (Why? The celebratory cake or biscuits in the office? The lure of the confectionery counter when you’re at the petrol station? The bag or two of crisps with a post work pint?) I say in theory, but you have more to choose from, which can be dangerous. Figure out in advance what will work for you to repel the Snack Attack, but still not be too calamitous, calorie wise. Fruit perhaps? A 150g apple is only 78 cals: a medium banana 105. Easily portable – you can have these in a desk drawer (assuming, that is, that you still have an office or a desk).  Most fruit is pretty good, but a word of caution about grapes. It’s easy to get carried away stripping a bunch. Remember each one is 3 cals. If a sandwich is your thing, that’s fine too, as long as you’re careful and have taken the wherewithal with you. Let’s try and avoid butter and mayo for now, but remember that in the normal sandwich, with two slices of bread, 200 of those calories are in the covering. Think smorgasbord instead, an open sandwich. A chunk of bread slathered with fat free cottage cheese and a few cherry tomatoes is only 125 cals. Crispbread or oatcakes are better still.  A hard boiled egg? 78 cals. Or a big drink of water? (Works for some – 0 cals).

Remember the exercise you did at the beginning writing down what you had consumed. I hope you redid it when your, ahem, forgetfulness was revealed. What you have to do now is to work out meals which you enjoy and which fit into your calorie count. I hope by now you have found your way round My Fitness Pal. The shortcoming of many calorie counters is that, for obvious reasons, they don’t know about home cooking. A huge advantage of this app is that you can programme in your own recipes and get an accurate count. The even greater advantage is that you will often find that these contain fewer calories than might have been guessed.

The timing of regular meals is up to you; however, there is another reason why I discount the dine like a pauper advice. Many of us are afflicted by, and succumb to, the late night munchies. Well, if you have a large dinner (I have always dined around 7pm) then you’re not hungry by bed time. (Unless booze is involved, but that’s another story.)

I was much influenced by The Hairy Bikers, who lost a lot of weight and wrote about it in a series of books under the name The Hairy Dieters. I commend them to you. In addition to a lot of sensible advice, the books have a load of low calorie recipes. Their fundamental principle is that food should still be tasty, even if you’re on a diet. Nothing is more likely to derail a diet than dull, monotonous food. I’m not going to try to emulate their output, but each week we have an extract I’ll post a couple of my low cal recipes in Tom Cooks! We’re aiming for flavour, so we can all be (relatively) fat free. I’ll also conclude with a Food Alphabetical with, pun intended, some food for thought.

By now, I hope, you will have identified why you’re a tad heavier than you would wish. Having been honest with yourself, you probably have identified the main causes. I know that if I avoid fat and cut down on the demon drink I will lose weight. For some people it’s regular snacking that’s the problem. For others it may be cakes or biscuits. In other words, the stuff that the Bad Idea Bears whisper in your ear and encourage you to consume. Try to work out how you’ll resist them.

There will be setbacks on the way. You got fed up? That happens. Or you went on holiday and relaxed? Well, why not? But having lost eight pounds, you’re surely not going to jack it in just because a couple went back on? Remember the ultimate goal. You’ll look better and feel better when you get there.

You Succeeded? Congratulations. Now, Keeping It Off

You’ve reached your goal. This is the dangerous point. Why? Because the books will say that you can go back to eating normally. But take a minute and go back to the beginning, to episode 1. You worked out why you were overweight, Surely you’re not going to let history repeat itself?

You know the lesson by now. You know about BMR. By consuming a lower number of calories you lost weight. So to keep your weight even, eat at approximately that level, and you won’t put it back on. It’s up to you whether or not you want to continue to count calories. Whatever your choice, do continue to weigh yourself regularly, at least three times a week. Why? Because, as you’ve discovered, taking off a couple of pounds is quite easy, whereas losing twenty is a long haul. Don’t undo all the good work.

Congratulations in advance. Write to Tom’s Food! and tell me how you got on. Good luck!

Thanks are due to a select few. To Liz Turnbull, who initiated the diet. To David Steele, who read the manuscript and cheered my wife up by saying that when men of our age lose significant weight it either means we’re ill or are having an affair. To Kenny Taylor, who also read a draft, and with whom I bounced a lot of ideas. And finally, to Lesley, my second severest critic.