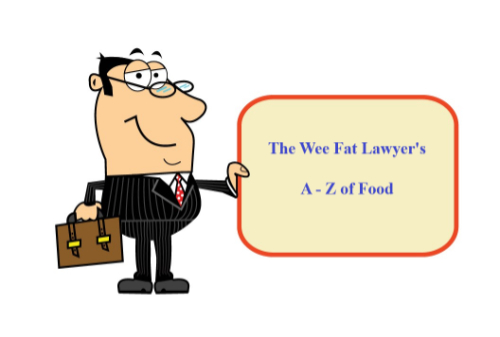 After Part 1 was published, one of my daughters took me to task that it was terribly negative, containing things you really shouldn't touch. While I'm not sure that was entirely fair - I did after all extol the virtues of bread - it certainly can be applied to today's warnings. Never mind, there's some positivity coming next week.

I’ve mentioned butter before. I love butter: I used to cook with it a lot. The only problem is that 100g of butter contains about 740 cals. When I was putting it on a sandwich, it was getting slathered on, often on both slices of the bread. Before I started this regime, I was going through two packs a week: our current block is now past its sell by date. In the diet book, I point out that many of us may have to make some permanent changes to our lifestyle. For me, butter is one of those. The occasional tiny bit is a reward – about 10g, say, on a portion of potatoes - but you have to remember that even that is about 75 calories, 5% of my daily total. For me, butter on bread is now like a pizza, something I enjoy as a special treat, but only occasionally.

Another problem ingredient, one which is a favourite food or snack of many of us. It is protein, yes? Indeed, but it’s also fat. Measure out a 100g piece of cheddar. I did it for the purposes of this book. About 10cm x 2 x 2 Not that big is it? Sadly that will use up over 400 of your precious daily calories. There is, however, good news in the low fat department. Not, I would suggest, in your Cheddars or the like: the low fat versions there are fairly disgusting. But try Philadelphia Lite as a butter substitute on bread. A reasonably generous spread – about 10g – is only 10 calories.

Stop! It just gets worse. There are many types of cream, but the most commonly used these days is probably double cream. 100ml of the stuff is between 440 and 500 calories. The vegetable substitute Elmlea isn’t that much better. 100 ml of the double variety comes in at 335 cals.

I use very little milk, so I hadn’t really looked at this. I was surprised by the fairly small differences in calories among the different types. 100 ml of the following has the following calories-

If you’re just taking a little in a couple of cups of tea or coffee a day it’s neither here nor there. If, on the other hand you were seduced by the Drink A Pinta Milk A Day advertising slogan (Lord, that dates me) be aware that a pint (568ml) of full fat has 364 cals.

This is another food we have been told is great for us. Firstly distinguish between plain and fruit yoghurts. The latter are often sweetened. Calcium is essential for a balanced diet. Most of us get it from dairy. As you have seen, a lot of dairy foods are no-nos. Trying to get accurate calories for yoghurt, even using My Fitness Pal, is difficult. Read the labels. Looking at Sainsbury’s products the figures for 100g are as follows

We use quite a lot of this. A great low calorie pud with fresh fruit, or as a base for sauces and dips. I commend Tom’s Low Cal Marie Rose Sauce, and Multi Purpose Sauce.

This programme is based on eating what one might describe as normal food, so if you’re going to have some bizarre shake in place of regular meals, leave now. But there are many products out there which are marketed at us dieters as being healthy and good for us, and some are OK. While I make reference to, and use a lot of, fat free yoghurt, cottage cheese and cream cheese, I counsel you always to read the label.

(A separate word about reading labels. It is not uncommon for manufacturers to give various figures. A frequent confusion can arise when they stipulate the number of calories per 100g. If you’re looking at a pack or a tin which is, say, 330g, remember to do the arithmetic.)

On the other hand some so called healthy foods are not great news for the dieter.

Take muesli, for example. First found in health food shops, it has many good features, not least fibre; however, many of them are packed full of sugar. 125g of Dorset Muesli has 455 calories. That’s a third of my daily total without milk, yoghurt, fruit or whatever. Similarly with so-called nutrition bars. Check the packaging. There is thing out there called a Perfect Bar which contains a whopping 330 calories.

Or drinks with the word diet in the title? Well, drinking diet Coke as opposed to regular is a lot less fattening, but too much of anything with a lot of chemicals isn’t great. There are concerns that the artificial sweeteners concentrated in diet drinks may lead to increased hunger, and enhance cravings for higher calorie foods.  Water, still or fizzy, zapped up with a slice of lemon or lime or grapefruit, is guaranteed to be calorie free. You will note that I am bodyswerving any comment on slimline tonic water. I shall say no more on this topic.