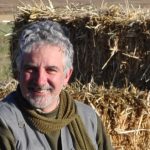 Now don’t go all squeamish on me. I’m not talking about that pancake flattened feral pigeon, barely identifiable, in the middle of Corstorphine Road on a wet April afternoon. Such are beyond redemption, frankly, alive or dead.

Quality roadkill (RK) is mostly, though not always, the preserve of country roads and, though RK is available all year round, there are two peak bird seasons. The 1st of February is the last day of the shooting season, and on the 2nd, all pheasants know instinctively they are now safe from the shotgun. Alas, not from the vehicle. Hundreds are mown down here in East Anglia as they jauntily saunter out in front of cars and trucks. A glancing blow at 30-70mph, and it’s all over. The second season is now – April/May – when cock birds are preoccupied with squaring up to the competition for a mate and hens are preoccupied with, well, to speak plainly, getting laid (I think that should read, starting a family - Ed).

As for deer, they are available all year round with the peaks being May, October & November. More than 42,000 deer are killed and 400 humans injured in deer road accidents every year, according to the AA, with my area, the SE of England, the hotspot. That’s a lot of venison going to waste. My personal ethic is that if we take a life, by hunting or by accident, then someone should make some use of the beastie.

The rules of good hygiene don’t always allow for this, but we are missing out on a lot of good quality, wild, free meat, if only more of us would grab the opportunity. I also know not everyone can process a roe deer or a muntjac in a 2nd floor flat down the Dumbarton Road, but smaller fare is not difficult, even if it is just removing a bird’s breast meat for consumption. Pheasant RK is excellent as the body contains no shot, is usually not bruised, and is fresher than you think, even if it’s been lying on the roadside for a couple of days. After all, how long do most people hang a pheasant? Normally, up to a week.

It does help to travel regularly down certain roads. The sudden appearance of a carcass that wasn’t there yesterday, or earlier that day, is the prompt to turn the car around and check out the unfortunate creature. In the country, you get to know the likely spots. I have gone out to a known crossing point, looking for something for dinner, and found a brace. The finest pheasant I ever consumed was spotted on the way to an end-of-season shoot dinner in February. A light brown bundle on the side of the road stood out against the snow. “If it’s there on the way back, we’ll pick it up,” I said.  It was, we did, and the hen bird, chilled fresh, was utterly unblemished other than a fatal dunt to the head. 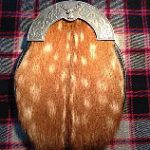 Deer. Two weeks ago, a farmer neighbour of ours had no fewer than 3 roadkill delivered to him in 4 days by locals. His fridge is full of venison joints. He, like me, discards anything remotely imperfect, and keeps only the best, but the majority of the meat is usually fine. All this is no consolation to the deer, but it does satisfy our ethic.

Recycling is at the heart of all of this. I admire Kate MacPherson hugely. She runs a business near Beauly making sporrans out of roadkill. They do look splendid. Some animals need licences, for example the pine marten, while others must be only roadkill, such as badgers. Otters are completely protected so they are sporran forbidden, roadkill or not. Kate has even made a kangaroo into sporran! How brilliant is she? 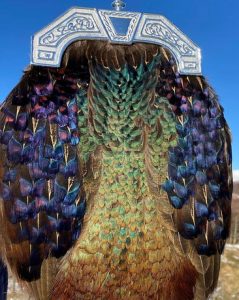 Deer are available in cities and towns. I was once returning from a junior gymnastics session in Norwich with both our kids in the car. On the Newmarket Road, the main road south out of Norwich, was a Chinese water deer in the middle of our lane, still alive, head up, but crippled by a blow to its back legs. Folk were slowing and driving round it. The next lorry along was going to flatten it. As I’m used to handling deer, we stopped to haul it to the roadside, but just approaching it was enough to tip it into oblivion. What to do now? It’ll be no surprise that the boot was opened, the carcass put inside, and off home with it. Somehow, in some small way, it had been ‘rescued’ from a sad and utterly pointless end. A glass was raised in its memory that weekend, as we shared the two haunches with friends. And I am still talking about it.

So next time, don’t pass on by, but see if there’s something that can be rescued for the pot. Or even the sporran.

All sporran photographs are reproduced by kind permission of Kate MacPherson. Click on the link to see Kate's website.

Any complaints about the article, please send directly to R. Marshall, just off the B1113, East Anglia.

While this column sometimes reports news (and would do so more often if you would supply us), this is the first time it has featured as news. As many of you will know, my business was latterly based in Dunfermline, Fife. The local paper, the Dunfermline Press, got to hear of Tom's Food! and an article about us appeared last week. Click on the link to read it. All good fun, but my three daughters were nonplussed to discover they had siblings. (So was I.)