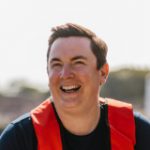 It's been a long year. This is article 139. Trust me on two things. Firstly, this is definitely the last in 2021; and secondly there won't be nearly so many next year. I really really do plan to get out more. It must be said, however, that we ate out to very good effect this year, in a diverse range of places.

Top of the list is the grandest of them all. I failed to understand why the powers that be who run Edinburgh's Waldorf Astoria hotel - the one that will forever be The Caley to locals - closed The Pompadour in the first place, but they have to take credit for luring Dean Banks to relaunch it. 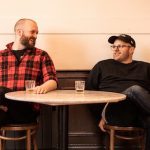 By way of contrast, second place went to a former bank. Nothing unusual in that, of course, but the new kid on the block, The Palmerston, is a rare beast. The menu is nothing startling: it contains many dishes with which you are familiar. Some of them you may well make at home. But chef Lloyd Morse can take these and, apparently effortlessly, turn them into something many times better than you have eaten before. I haven't encountered that trick since the days of Gary Rhodes.

And finally to the podium, Aurora. You could pass without a second glance. If it looks like a greasy spoon in Leith, that's because it was, not that long ago. 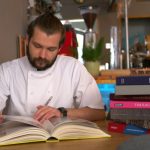