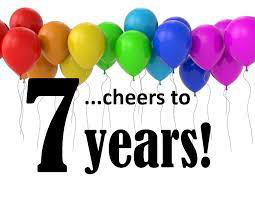 I awoke with a start and an itch. Something, I could tell, was beckoning. History, as it transpired, seven years' worth to be precise. This month marks the seventh anniversary of the first ever Tom Eats! review. It came to pass after I had abandoned any plans to trade under the banner of the then newly formed Ormidale Licensing Services Ltd. That left me with a website. It had been created for me by a 13 year old child, who is now studying for a Masters in Cyber Security plus providing consultancy services to Microsoft. I had learned enough from him to know how to add a page to the site, and Tom Eats! was born. 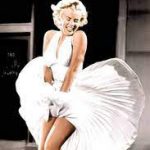 To be a restaurant reviewer had always been a dream. While I knew, both intuitively and modestly, that I was the world's greatest restaurant reviewer (well, maybe number 2 after Jay), no job offers were forthcoming. After contemplating this a little, I concluded that the fact that I had never actually written a review might not be unrelated. Ask any writer how to learn and the answer will invariably be the same - just do it. So I started, and haven't stopped.

I see from the Review of the Year blog of 2014 that nine columns were penned. No photos - in these innocent days I didn't know how to insert an image into text. What hasn't changed is the scoring system, criticised by some as being eccentric; by others as too subjective. As to the latter charge, that can be said about anyone who is judging something. There is no such thing as a truly neutral arbiter. And luck plays a part, of course. Have an off night, and Sod's Law will see that coincide with the visit of the man from Michelin. I do try and balance things out. For example, a few years ago I had a poor meal from a chef whose food I had admired enormously in his previous establishment. I simply ignored it and went back some time later to review it, by which time his normal standards had been restored. But I have neither the time nor the resources to emulate my New York brethren, many of whom will visit a place up to six times before putting pen to paper.

As readership grows, so too does responsibility. While it's great fun to pen a stinker - especially if the staff and owners are of the arrogant variety - not every article sees the light of day. A few years ago I went to the first incarnation of Josh Littlejohn's Social Bite restaurant. I forget what it was called - it is now completely different - but the food was pretty poor. It would do such a great cause no good at all to be hammered in print. I couldn't tell lies, so I simply ignored it. Just a week or two ago I went to a shiny new place somewhere in central Scotland, a second outfit for an established independent business. It was horrendous on every level, so much so that I wrote it up as soon as I came home to expunge it from my system. I scored it a miserable 11.5. Then I thought a little more. Opening had been delayed for months because of COVID; a huge amount of money had been outlaid; the staff, while clueless, were keen. In the end of a day I sent a copy to the owner and put the article on the spike.

I will defend my scoring system, as it seems to be consistent. Where it would fall down is if I was presented with a platter of the finest charcuterie and cheese. A delicious thing, but no cooking involved. I suppose one would have to mark the chef's buying skills. In any event, it makes a lot more sense than scoring on ambience. Totally ludicrous as far as I'm concerned. I may be looking for a quiet lunch; you may prefer a rackety dinner. The same lady who uses that continued even when reviewing meals which she had had delivered during lockdown. I can only assume that the variations in the ambience score depended on whether or not she had ironed the table cloth.

It's been a lot of fun, if occasionally exasperating for L, who sometimes just wants a quiet meal out. I've eaten from Buenos Aires to Bearsden to Bali, and a lot of places in between. There have been a few lows, such as the 8.5 awarded to a place in Sorrento with the most spectacular view over the Bay of Naples, but plenty more highs, most notably the perfect 25 at Heston's Fat Duck. Changes along the way? Food styles evolve, of course, but what is consistent is the high standard of professionalism and resilience shown by those in the trade. Here's to the next seven years, if we're spared.