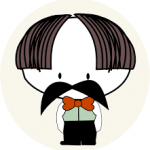 Last Sunday was National Waiters’ Day. I jest not. Who, I hear you ask, thinks these things up? If I tell you that the ubiquitous Fred Siriex is involved you probably won’t be surprised. Perhaps of more interest is the fact that this goes back about 100 years, to Paris and the annual race, the course des garçons de café. Probably just an annual fun day out, I guess, a waiters’ gala. The British version is supported by, among others, Springboard, a charity whose objectives include helping young people to achieve their potential.

This started me musing on the topic of waiters and restaurant service in general. Only slightly tongue in cheek I have suggested in the past that chefs are not the most important people in a restaurant. You may score a mighty 8/10 for cooking on the Tom Eats! scale (and very few do), but if you get a meagre 3/5 for service you’ll lag down the leader board. How many of us make early judgements based on first impressions? And who is responsible for those? A cheerful greeting on the phone, if you still make reservations that way, or a warm smile as you enter. Sets the meal off on the right foot.

We all know what constitutes bad service: Number one would be off-handedness or downright rudeness – precisely what you expected in most Parisian establishments up to a couple of decades ago. But leaving aside obvious examples, what features do a good waiter/waitress have? (To avoid repetition, I’m going to use the word waiter to cover both genders.)

Communication and personality are probably the best and most intangible of these. Sadly, they’re also the ones you can’t train, which is why your interviewing skills have to be well honed. Friendly by itself won’t do it. We’ve all suffered the waiter who wants to narrate a life story in the mistaken view that he is relating to his customers. In one case recently this happened as coats were being taken. A five minute delay in being seated is NOT good. Knowing when the diners want to chat (and for how long) and when they want to be left alone is one of life’s great and subtle skills.

I would rate perception next on the list. Most of that comes from observation, though having the nous not to breenge in with the is everything all right with your food?  just as a story is approaching its punchline is useful. They have to keep an eye on tables to know when to clear them, so why not just keep a roving eye (as it were) all the time on duty? Hands up everyone who has had to signal half a dozen times or more for another drink/more bread/the bill.

Knowledge is a plus. No one who watched Fred Siriex’s programme about The Kitchin could have failed to be impressed by the detailed pre service briefing given to all staff on all the details of the menu. It’s not only a plus for the staff, it can impact on the bottom line as well. At one Michelin restaurant I know, not only do the waiters know all about the cheeses on offer, they are experts on matching drinks. The upselling, while charmingly done, is ever present.

In my notes (yes, a little preparation does go into these scribblings) I jotted down attention to detail. Meaning what? I suppose my initial cry would be, use a note pad! Perhaps my biggest pet hate is the waiter who writes nothing down. I am not going to be impressed if you get it right – woop de doop – but my irritation level will increase even further with every mistake made. They happen about 50% of the time. In another of M. Siriex’s programmes he did a shift at the Caffè Florian in St Mark’s Square, Venice. Waiters are required to note precisely who ordered what, and their place at the table. When the tray is laid down, there is no question as to who is having what. Everything is in perfect position.

With service, as we all know, it’s the little things that make the difference. It’s nice to be recognised if you return somewhere. (Having said that, this, too, can have unthought of pitfalls.) I remember Alfredo, legendary maitre d’ at Cosmo’s in Frederick Street, telling me that not only did he have to remember the customer, but also the companion. Not good to say, second time this week, Mr Johnston, when the previous visit was with a lady who wasn’t my wife. In our case, how places deal with L’s cream intolerance is interesting. This has ranged from, well, I’ve NEVER heard of that (Le Chapon Fin, Bordeaux) to, the fish pate has cream in it so we made a batch without, just in case you fancy it (The Little Chartroom, Edinburgh, bless them).

In Scotland, I don’t think standards of service have ever been higher; however, there is still a way to go. Restaurant owners can and should do more to help young people to achieve their potential. It’s not enough to give someone an hour or two’s initial training. Regular supervision and encouragement or refinement will help raise the bar even higher.