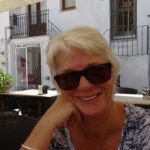 We'll come to the main event in a minute. If you read Wednesday's Chef Watch column featuring Neil Forbes, you would have seen reference to various dishes. One of these was his dad's cassoulet. I kid you not, I had been planning on featuring a version of the classic bean stew this very day. Being an odd variation it would have had great relevance to Burns's birthday last Monday; but, I fear, it would not have pleased an amateur of the real thing. (I would have said aficionado, but you can't mix languages, metaphors or whatever too much before the neighbours complain.) So out of deference to Neil's Pa and to multitudinous French housewives, I shall spare you my fusion cassoulet till another day.

Instead, a basic Scots dish using Neil's favourite ingredient, oats. In volume 5 of A Compendium of Scottish Ethnology, The Food of the Scots, it is a given that oatmeal was the staple food of most of Scotland up to and beyond the Victorian period. One nation's staple, of course, is another's animal feed. No one was better at a put down of the Scots than Samuel Johnson, persuaded to visit and tour Scotland by the talented but dissolute advocate (there have been so many), James Boswell. Mind you, consider who came out on top in this little exchange.

Johnson: In England we wouldn't think of eating oats. We only feed them to horses.

Boswell: Well, maybe that's why in England you have better horses, and in Scotland we have better men.

Moving on. In the index to The Compendium, there are nearly 200 entries for oats and oatmeal. As Neil pointed out, it is still an important foodstuff today. Many people enjoy oatcakes. Set aside the preservative filled, factory produced things and make your own, My wife Lesley is an expert, though her go to recipe has changed over the years. Many home bakers had as their vademecum the Be-Ro book (named after the Bell Royal Flour Works), now in its 41st edition. L started there, then acquired Peigi M's mum's recipe. In the Highlands and Islands of Scotland, oatmeal recipes don't just survive - they zing. Many oatcake recipes have sugar - we don't care for it. I think this is P's ma's recipe minus the sweetening.

Lesley Johnston's Oatcakes (with thanks to Peigi M's Mum) 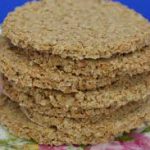 Ingredients (makes about 40 small ones)

Preheat the oven to 150˚C/Mark 2. Melt the fat then mix with the other ingredients to a consistency where it can be rolled. You may need to add a little cold water. Roll to the thickness you like, then cut whatever shapes you fancy and lay out on a floured tray. Bake for 30 minutes. Switch off the heat. Lesley says she opens the door for a bit to let some of the heat out, then closes it and leaves the oatcakes to cool in the oven. Unscientific, but natural bakers understand these things. The rest of us? Just keep an eye on them till they seem right.

Eat oatcakes whenever you fancy. Breakfast, obviously; at any time with cheese and pickle; as a potato alternative beside smoked haddock; as a potato accompaniment, even with stovies. (When I started an online stooshie about stovies the other week it was interesting how many folk mentioned oatcakes as a traditional accompaniment). And when yours are as good as Lesley's take a wee bag of them as a present when we're next allowed to go and visit family and friends.