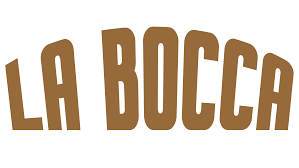 Have you ever pondered how there can possibly be a connection between the words jade, an exquisite green stone, and jaded, as in worn out or sated? The answer, I learn, is that jade is also a contemptuous term for a worn out horse. Every day's a learning day.

The meistersinger in the family (is there a word akin to mistress-singer?) was certainly worn out last week, one solitary day in eight without rehearsal, performance or both. A walk down the river is always a good way to unwind. There's generally wildlife to spot. Herons are common, though low water levels have moved the otters upstream. The occasional lightning flash of blue reminds you that there are kingfishers to be seen, mostly by those with very high speed shutters on their cameras. And unusually, as today, a pair of young deer, pretty to look at, but no doubt cursed by the owners of the garden they were munching on.

Onwards past St Bernard's Well, once famed for its healing waters, perhaps more in myth than actuality. My Edinburgh history teacher (Scotland's Finest Former Journalist (East)) said he once had an old lady in his class who had sampled them many decades earlier. How were they? he asked excitedly. Disgusting, came the answer. History, like nature, can be a great leveller.

Then along Raeburn Place to our destination. This new eating place is on the site of the original Rollo, and very little has changed physically. From the name (Italian for mouth) you'll have guessed the style of cuisine. If, however, you were expecting yet another pasta and pizza joint, think again. Only one (very good) pasta dish and none of the latter. The menu is a summary of all fine things Italian. Starters include scallops and prawns, various types of cheesy goodies, steak tartare and the too rarely seen vitello tonnato, cold veal with a mayonnaise type dressing made with tuna and anchovy. Sharing boards aside, the selection of mains is a little shorter, veal again for the meat eaters, a couple of fishy offerings, ravioli, and a caponata for the veggies.

L definitely chose better than I. Prawns with garlic and lemon make a pretty standard dish; however the addition of samphire was inspired, adding texture and saltiness. Incidentally, for those who may not have cooked with samphire, or sea asparagus as it's sometimes known, be warned. It's very easy to produce a disgusting end result. While late August might be pushing the seasonality of a dish named ravioli primavera (spring), I'd happily eat a plate like this all the year round. The pasta were stuffed with ricotta and slow roasted tomatoes, finished with a sauce of courgette, wine and butter. A thing of loveliness.

Both of these, incidentally, were on the lunch menu, served from 12.00 - 16.00, as was my starter of Piatto Leccese. I don't know if the Tuscan town of Lecce is renowned for its potatoes, but the menu read to me as though they were the main event. I quote, pan fried baby potatoes, peppers and red onion with garlic & parsley topped with burrata. Well the tatties weren't baby: they were in pieces smaller than my little finger nail, and I'm not sure how often, or how long ago, they had been cooked. The net effect was a bed of ratatouille with a dod of good burrata on top. Pleasant enough.

From the a la carte, frittura imperiale. So, obviously, not just any old fritto misto, but one fit for the Emperor himself. Few nations, if any, do deep frying better than the Italians. The glory of this dish is the freshness of the ingredients, lightly battered, plunged into the hottest oil, perfectly drained, then on to the plate in seconds. Well, as with many things I'm great on the theory. At £21 this should have been a steal. There were a few veg, but it was mostly fish. A bit of monkfish I think, and some mackerel. These were perfectly fine. Whitebait seemed to have been cooked a bit earlier and the big langoustines, which ought to have been the crowning glory, had been cooked (twice?) to extinction.

A pity, but not perhaps the greatest shame. That was the physical a la carte menu itself -  crumpled and dirty - which should have been thrown out weeks ago. There were two waiting staff, charming ladies both, to look after a restaurant which was full. Whey don't people train servers to keep a constant roving eye on customers at all times? It took a long time to get a grain of salt, and a lot of waving to summon the bill. Not helped, it must be said, by one of them having a ten minute seat, mid service, to chat to her sister who had come in as a customer.

The Oxford English Dictionary lists an alternative definition for jaded. Dull or sated by continual use or indulgence. Is that me? Perhaps. Anyway Tom Eats! is taking a break for a while. Time for all you would-be guest reviewers to step up to the plate. About 800 words, please, the range of prices given, and my scoring system used. Contact me on tgj52a@outlook.com