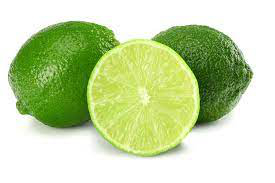 I was well into my twenties before I did it for the first time. I’d watched it, obviously. I have a recollection of seeing it done in a plate glass window in Edinburgh’s Princes Street, and being struck by how ruinously expensive the whole process was. While many things came to me early in life, handling a lime was not one of them.

To this day I can’t fathom why that should have been. Lemons were so common place that children might assume them to be native to Scotland. While the tiny oranges at the foot of the Christmas stocking were relatively rare, their larger cousins were an ever present on the shelves of any greengrocer. So why were we deprived of the subtle citrus beauty that is the lime?

I pen this the day after having, somewhat hammily, given the Address to the Haggis at a Burns Supper in Portugal (as one does). I’m very tempted to add a subtitle of Great Chieftain O’ The Citrus Race! Limes have changed my view of the world: indeed, limes have changed my life. They are truly indefinable. I remember once trying to describe the taste. Contrasting them with a lemon, I even found myself using the adjective sweet. Total tosh, obviously, but…  how would you describe it, smartypants?

Doing my usual in depth research – OK, a few minutes on Wikipedia, you found me out, guv -  I was actually quite surprised by the relatively small number of variants which exist. My first departure from British insular ignorance came in Georgetown, Malaysia. On a visit to a fruit farm I was offered a bite of a small, reddish lime. Nothing like the stuff I was by now used to handling – I’d made up for lost time - but I suddenly realised why the lime pickle in Indian restaurants tastes as it does.

They originated in Southeast Asia, which explains why they are such an important part of the cuisine of that vast area. Despite the many, fascinating local variations, the basic tenet of so many dishes is sweet, sour, hot and salt. The sour component is almost always lime.

Contrast this with the experience of people of my generation in the UK. Rose’s lime juice, and the horrendously sweet Rose’s lime marmalade. Neither a thing of loveliness. In history classes a little variation on the dull lists of kings and battles was discovering why Americans call us Brits Limeys. As I’m sure you know, this was as a result of the British navy in the 19th century issuing lime juice daily to prevent scurvy, even more of a scourge to sailors than dockside ladies. I learn that, at the outset, this was a closely guarded military secret (the lime, that is, not the ladies). 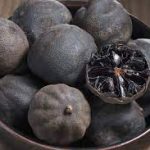 I guess that in most kitchens nowadays limes are fairly commonplace, whether to add zing to a G & T, to squeeze on your avocado, or, if you are reasonably adventurous, to aid your Asian cooking. Thought you were up to date? Well, of course, there’s more, and no great surprise that it’s as a result of Yotam Ottolenghi. I’ve noticed lately a few dishes in which black lime is listed as an ingredient. This, essentially is dried lime, sometimes available in powder form.

Writing about his latest book, Ottolenghi’s Test Kitchen, the good Yotam assures the world that it uses only ingredients which all of us have in our kitchens. Black lime, he tells us, is one of these. You have been warned.

What else can you do with them? I'll research a bit more for Tom Cooks! on Friday.