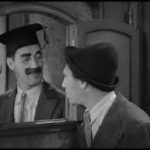 Well this whole article came to life because of a quip about fish and the aftermath. And if you are a food writer of a certain age who is a fan of the Marx Brothers, it would be negligent not to include the greatest of all fish jokes, from the pen of genius of S J Perelman in the screenplay of Horse Feathers. It turns out to be longer than I remembered. If you want to continue reading about Slow Food Scotland (what do you mean, it hasn't started yet?) ignore the section in italics. Your loss.

Baravelli (Chico Marx) is  guarding the door of a speakeasy. Professor Wagstaff (Groucho) is looking to get in, but doesn't know the password.

Baravelli: …you can’t come in unless you give the password.

Baravelli: Aw, no. You gotta tell me. Hey, I tell what I do. I give you three guesses. It’s the name of a fish.

Professor Wagstaff: Is it “Mary?”

Professor Wagstaff: She isn’t? Well, she drinks like one! …Let me see… Is it “Sturgeon”?

Baravelli: Aw, you-a crazy. A “sturgeon”, he’s a doctor cuts you open when-a you sick. Now I give you one more chance.

Wagstaff: I got it! “Haddock”.

Wagstaff: What do you take for a “haddock”?

Wagstaff: Y’know, I’d walk a mile for a calomel.

Baravelli: You mean chocolate calomel? I like-a that too, but you no guess it.

Baravelli: Hey, what’s-a matter, you no understand English? You can’t come in here unless you say, “swordfish.” Now I’ll give you one more guess.

Professor Wagstaff: …swordfish, swordfish… I think I got it. Is it “swordfish”?

Baravelli: Hah. That’s-a it. You guess it.

No, my ill advised crack was to suggest that fish, which can be cooked in minutes, shouldn't really come under the heading of Slow Food. Well, how wrong I was. I was gently advised of the error and, a few weeks later, found myself in conversation with Walter Mowat, secretary of Slow Food Scotland. 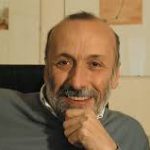 I had known that the genesis of the movement was opposition in the 1980s to a plan to site a branch of McDonalds near the Spanish Steps in Rome. Set up by Carlo Petrini (who still presides over the organisation today), things moved swiftly on to 1989 when the founding manifesto of the Slow Food Movement was signed in Paris by delegates from 15 countries.

There was, however, more behind Petrini's motivation, as Walter explained to me. Carlo was a fan of a particular type of pepper sold by his local supermarket. When they stopped stocking it, he asked why and was told that the producer was too small scale to supply all the shops in the chain. The realisation that this might result in the total disappearance of a quality product led to an important strand of the movement's raison d'etre.

Throughout the world, the Ark of Taste projects help to protect and develop local foods, their traditions and usage. For some products, there is the award of Praesidium status, a recognition of the way that a particular food is integrated into the community. In Scotland, Walter gives me the example of North Ronaldsay mutton. The whole island becomes involved at slaughter time and the result is a premium product which will often find its way on to the tables of those chefs who are members of The Cooks' Alliance. In Edinburgh you will not be surprised to learn that these include Fred Berkmiller of L'escargot bleu and Neil Forbes of Cafe St Honoré, both of whom have featured recently in our Chef Watch column. Further afield, members include Angela Hartnett, Tom Kerridge and Michel Roux.

There is also quite a bit of campaigning, both at local and national level. Head of Slow Food UK, Shane Holland, sits on Government advisory bodies. Walter himself is a member of the national board. The movement is opposed, as you would expect, to farming practices which are inhumane or overly chemical-based. Current concerns relate to proposals to relax the introduction of genetically modified crops, and to permit the use of neonicitinoid pesticides, which are proved to have a disastrous effect on pollenators. Their influence on these points is enjoying some success. As too, is the ongoing, slow drip persuasion on Big Food plc. Take a look at the shelves of your local supermarket. Consider the labelling and food information which is now available, and think also about the amount of organic food on the shelves, compared to a couple of decades ago. SF will also have an involvement at COP26 in Glasgow later this year.

Now, if this is all sounding a bit dry, think again. For many the main point of SFS membership is eating good food in good company. Each organisation is divided into local dining groups or convivia. (A conviviality of diners - surely the greatest collective noun ever.) Regular "Big Table" events take place, often featuring food demonstrations and highlighting selected seasonal produce. Slow food doesn't necessarily mean food that takes a long time to cook: but the key components may need time to develop fully. It will be sustainable and carefully husbanded. It's most definitely not processed and in an ideal world it should take time to savour, preferably with friends and family. 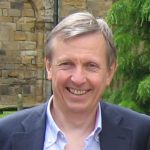 When Carlo Petrini was organising Rome's defence against McDonalds, one of the practical things he did was to supply plates of pasta to sustain the protesters. Still in his early 70s, he is, Walter tells me, incredibly energetic and charismatic. His visits are much looked forward to. When an organisation is run by people such as Signor Petrini and the affable Mr Mowat, assisted on the ground by ambassadors such as Fife based Wendy Barrie, it's hard not to warm to it.

For more information about joining Slow Food Scotland, click on the link to learn more.