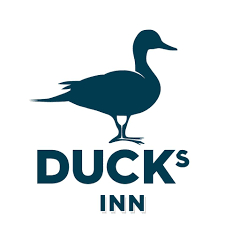 Malcolm Duck was a fixture on the Edinburgh restaurant scene (latterly Duck's at Le Marché Noir in Eyre Place) before heading east to take over a historic inn in the pretty East Lothian village of Aberlady. I've been on two or three occasions but the time was never right for a review. Perhaps on the first visit we only had one course; the second was on the second day of the year, when the place was recovering from the New Year celebrations; the latest was this Wednesday. Just a fortnight after a four month closure isn't the ideal time either, but when there's food this good to be had, it is my duty to bring it to your attention. And if there were one or two issues with the service, most of the charming youngsters had only started two weeks ago. By the time you get there, they'll be perfect, and I've scored them in anticipation. 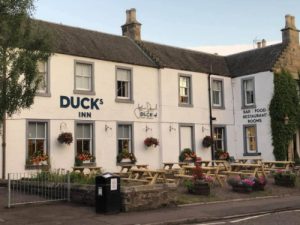 The sign says Muddy Boots and Dogs Welcome. If you're well dressed, then that's fine too, but the tone is set. The place is highly professional, but unpretentious. There is a ton of space, inside and out. If you just fancy a nibble there's a snack menu with prices from £4. Worried about COVID? The place couldn't be more secure. Download an app and you don't have to touch anything. Sit outside and maintain plenty of distance. Or if you want to enjoy the lunch menu inside, there are two large dining areas and the delightfully quirky bar. Safer than doing the shopping. So you really have no excuse for not coming.

In addition to a warm welcome from Malcolm and Fiona, you are guaranteed wonderful food. They have always had great chefs. Even with two of the three away getting married at the moment, L and I were blown away. It's rare for me to remember individual dishes years later, but some which linger in the memory bank were eaten here in the past. A stone bass with an orange hollandaise, for example, or oxtail ravioli. The latter inspired me to make my own. Took about eight hours. After all that I failed to put enough flour on the plate after I'd prepped them. Came back to discover one stuck together mass which had to be thrown out. All your fault, Malcolm, I told him.

Very sensibly, all kitchens are offering a fairly restricted menu at present. Having said that, I would happily have eaten everything from the selection of three starters, four mains, two puds and cheese. Ham hock can be a pretty bland thing, often over refrigerated. This one zinged with herbs and capers, and was livened up even more with little flying saucers of pickled radish topped with zapped-up piccalilli. That's a lot of Zs to get the taste buds going. A crottin goat cheese (is that a tautology? Maybe, but better than having to explain it to everyone) was coated with sesame and black onion seeds, and served warm on a bed of ratatouille. The latter can be dull if badly made. This was a refined version which was a perfect complement.

If ratatouille risks dullness, that's nothing compared to the myriad ways that fishcakes can be awful. Tasteless, or indeed fishless, is not uncommon. These on the other hand exuded the delicate aroma of smoked haddock as soon as they were cut into. They came with a horseradish cream and lightly pickled cucumber and fennel. Purveyors of average potato stuffed pucks, come here and learn. 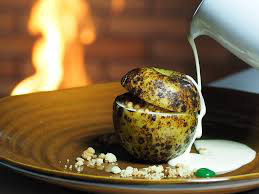 I recovered sufficiently from memories of my Duck inspired pasta trauma to choose the pumpkin and sage ravioli. A classic combination, but topped with a summer medley of peas, spring onion tops and some other veg, giving a wonderful lightness of flavour. The helping was generous - I lost count of the number in the dish - but there was no way this plate wasn't going to be cleared. But dessert? No chance - next time, perhaps.

Scottish hoteliers are worried people at present. Cashflow in winter isn't easy. Deposits for summer bookings and functions are welcome. When you have to pay these back and watch your healthy reservation book empty, you need help. What I say to you, dear readers, is that you can help yourselves. If you're within 10 miles of this place it's your local; if you're a little further afield, do as we did. Go and take some sea air and health giving exercise, then improve your day even more with some fabulous food. I just wish I lived a little closer.

Tom Eats! will return in September

Thanks to Carole H who pointed out that the cheesecake recipe didn't stipulate what to do with the egg white. The recipe has now been updated. Apologies.