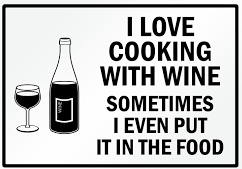 We've all seen that fridge magnet. It was quite amusing the first time. (No, I don't have one. Mine is the equally classic Life's too short to drink bad wine, of which more later.) But for the inexperienced cook, keeping wine out of the pan and pouring it into the gob can sometimes be the finest advice.

Most of my culinary tips are aimed at the Tom of about 20 years ago, a weekend pot shaker with more enthusiasm than savvy. All of the mistakes I mention in today's column have been made by me, so please don't think I'm being patronising. Cooking with wine is not as easy as you might think. Here are a few handy helpful tips.

I will seldom make a pasta sauce without a wee bit of wine. Note the adjective wee. A nice rich tomato sauce made with cheap tinned tomatoes can be a little sour at the best of times. I refuse to pay four times as much per tin for the famous San Marzano variety. Instead, I find that a teaspoonful of sugar tips the balance nicely. But if you do, as I do, and pour in a wee slug of vino rosso, remember that this may contribute to the sourness no matter how good your wine. Half a small glass is usually enough, Taste, taste, and taste again.

Think about the chemistry

A pretty stupid comment from the non-scientific me, perhaps, but I've picked up a few things over the years. When you apply heat to any liquid, it reduces. When it reduces, the flavour intensifies. That can be wonderful, but if you start off with a flavour that isn't quite what you fancy, you will end up with it amplified four fold. My experience is that this can be far worse with white wine. That lovely floral bouquet which titillates your taste buds from a glass may be the kiss of death to a nice savoury dish.

A marriage made in heaven, obviously? Well, this is really a follow on from the last point. Moules Marinière is the easiest recipe in the world (provided someone cleans the mussels for you) but be careful which bottle you pick up. Anything remotely fruity will kill your dish. Stick to something bone dry, such as a Muscadet. And for fish dishes don't overlook a decent dry vermouth such as Noilly Prat. It's a regular go to in my kitchen. 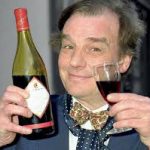 Why does my red wine sauce taste sour?

Because you made it with red wine! Not so flippant as I make this answer appear. For many years I had no idea how to do this. A very general technique should involve softening some onion or, better still, shallot, in a mixture of olive oil and butter. Then pour in some red wine and reduce to a third of the original quantity. Then add the same amount of stock (chicken or beef) as the wine you started with, and reduce again. While you might want something like a bay leaf, or a sprig or two of thyme (or rosemary if you're going to serve with lamb) ca' canny with seasoning at the outset, especially salt. All the flavours will intensify as the liquid reduces. Employ the same technique for a port, madeira or marsala sauce.

To reduce or not to reduce

In the end of the day, it's about the consistency you're looking for. In traditional 20th century cookery, sauces were thickened using flour. The classic examples are béchamel or velouté sauces, started by making a roux, a simple combination of butter and flour. In my (otherwise) favourite recipe for boeuf bourgignon, which will feature on Friday, no less an authority than Julia Child recommends thickening the sauce by stirring in little pieces of beurre manié, butter and flour beaten together. I used to do that, but as your sauce cools the scum that forms is a tell tale. Once everything is cooked, I tend to sieve the sauce into a separate pan and boil it fiercely till it forms a coating consistency of loveliness. A knob or two of butter added at the end will give an attractive sheen to your sauce.

Sometimes, however, you can't do that. Take the sauce most loved of a Sunday, gravy. You need lots, and it needs a bit of thickness. Not being a fan, I tended to ignore it altogether, but I realised that this left many feeling short changed. Traditional gravy, of course, starts off with a variation on a roux. You get rid of any excess fat from a roasting tin. (I have usually done that already for the roast tatties.) With your roasting tin on the hob, you stir in a bit of flour, cook it out, like a roux and build up your gravy from there. My mother in law from first time round was an expert, but I never got the flavours right. Too bland sometimes, or too sour if you used too much red wine. (And I refused to use Bisto, though I believe my ex used to sneak it in when I wasn't looking.) The other week I had the bright idea of starting as though aiming for a wine sauce. I poured equal quantities of red wine and port in a pan, and reduced by about half. Then I added beef stock and reduced again, probably ending up with 300 - 400 ml of liquid. After making the "roux" in the roasting pan, I added this liquid bit by bit and produced a much lauded gravy of just the right consistency. I'll certainly do that again.

Can I serve a wine sauce to an alcoholic?

Perhaps surprisingly, that is not a problem. You will note that in the sauces I have mentioned the wine goes in first and is boiled. The alcohol will evaporate in about 30 - 45 seconds, leaving just the flavour. Bubbling it for a bit longer to be on the safe side will do no harm. But remember that there is no escape for the alcohol which you slosh in, or on to, a cold pud. So it's no, no and treble no to your sherry trifle, tiramisu or affogato di amaretto. 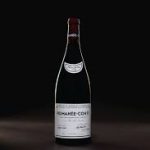 Which wine should I use?

There is no answer to that; however, I can give a definitive response to the question, which wine SHOULDN'T I use? Many of us employ the term cooking wine to refer to rotgut plonk which leaves a scar as it flows down your throat. Well, that's precisely what you don't use. You wouldn't make your stew with mouldy onions or rotting carrots. So why would you pour in wine which resembles battery acid? While I'm fairly sure it would be a waste of money to put your finest vintages into a casserole, if you wouldn't drink it, then it's not good enough to cook with.

All of these should be in your batterie de cuisine. Take sherry, for example. A small glass of fino will enhance a consomme or an onion soup (and sherry vinegar can do amazing things too, but I'm going off piste.) Port or Madeira can provide a slightly sweet counterpoint to meat, especially less fatty ones such as venison or, indeed fillet steak. Marsala can do the job too, and is an essential in such Italian classics as saltimbocca.

Have fun experimenting. But in this context, never forget the basic culinary truth, you can always add, but you can't take away.

And I've just noticed that I haven't mentioned beer or cider. Ah well, for another day.