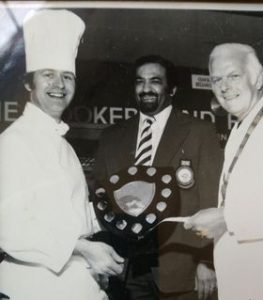 Scottish Chef of the Year

Featuring Bill Kerr, two time winner, Scottish Chef of the Year, producer of some of the best food I have ever eaten in my life.

At high school when I was 12, the Scottish Electricity Board advertised a cooking competition. I came first in all the regional heats, and was runner up in the final. The 1st prize was an apprenticeship in a 5 star hotel. Having missed out on that, I wrote to the Executive Chef at the Central Hotel & Malmaison Glasgow, who took me on. I did a five year apprenticeship and got a brilliant training. I came out as top apprentice and was given the opportunity to be chef on a superyacht for nine months.

Truffle oil, both black and white. I use it at home.

I have quite a few over the years. I love shellfish, and preparing seafood dishes – scallops, langoustines, oysters. For a winter warmer, slow cooked shin of beef, served on horseradish mash, with a rich red wine jus.

Anton Mosimann and the Roux Brothers. I loved their styles of cooking and presentation.

Love eggs, any style, or a good sausage and mash with onion gravy.

Winning the Scottish Chef of the Year Award twice in succession.

Holder of 2 AA Rosettes at Croftbank House for 13 consecutive years until I sold it.

Being elected as a member of The Master Chefs of Great Britain.** 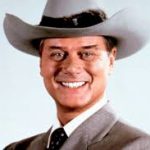 When I was Head Chef at Nivingston Country House***, Larry Hagman (J R Ewing) and his wife were guests. After they had dinner, they came through to the kitchen, introduced themselves and invited me to have a drink with them. The banter was amazing. It ended up him wearing my chef’s hat and me with his Stetson. For breakfast he asked for porridge and Drambuie - no wonder he needed a liver transplant. Great memories.

*No, I didn’t know what this was either. It’s a state of the art, German manufactured, computer controlled combination oven that, in Bill’s words can do everything, including steaming, slow cooking, overnight roasting and more.

**The MCGB is an elite organisation. Membership is by nomination only. It is open to chefs and industry professionals who can demonstrate that they are at the top of their profession by their wide experience and by having gained industry recognition or the recognition of their peers over a considerable number of years. There are currently 92 members. Bill has been awarded Honorary Membership.

***Near Cleish in Kinrossshire. Now sadly no more. 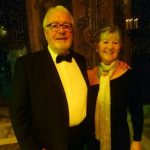 After Nivingston House, Bill set up on his own to take over the Kirklands Hotel in Kinross, then, to the dismay of the good people of Fife & Kinross, moved west to Fairlieburn House Hotel in Largs. There was much celebration when he returned to Croftbank House in Kinross which he ran for 13 years until the untimely death of his wife Diane.