To eat well in England, you should have breakfast three times a day. Thus spake W Somerset Maugham, at the time a resident of France. In 1914 he may have had a point. This is a Scottish column. Why, I hear you ask, such a quotation from south of the border? Well, it’s better than one from the bard of Stratford upon Avon. In Henry IV. Part 1, one of his characters proclaims, I am not yet of Percy’s mind: he that kills me six or seven dozen Scots at a breakfast… 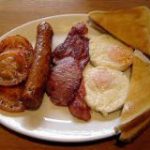 Traditional - note not a bean in sight

A classic British breakfast is indeed a wonderful thing to most, if not to cardiologists or vegetarians. In these affluent days, I’m not sure if there is a lot of difference between the different parts of the British Isles. Indeed, I’m uncertain what distinguishes a full English from the rest of us. In sundry parts we have porridge and haggis, soda bread and farles, laverbread and whatever else the Welsh eat. We all argue about whose black pudding is best: but I think most of us have a sneaky, and possibly guilty, love for a good, solid start to a day, even if it does make you want to have a nap afterwards. 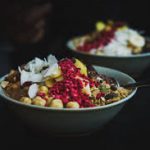 Healthy - if you must

So today, I do a little musing on places where my fast has been broken, with current prices and old thoughts. Forget the usual scoring system - marks are out of five.

Don’t confuse with the equally awful Brown’s restaurant chain. This place is an aberration. I am a fan of the Forte dynasty, going back to the fact that Sir Rocco’s dad had one of his early ice cream parlours in Fife. Edinburgh’s Balmoral Hotel (the North British to many of us still) is a fine establishment, and the modern Lowry Hotel in Manchester was my residence of choice when visiting youngest daughter at Uni there. But this place is just a rip off joint. Smoked salmon and scrambled eggs will set you back 18 quid. Toast is a fiver.

I’m actually minded to forgive James Thomson’s place its eye watering prices, as it’s swank personified. You are likely to spy a peacock or two wandering past your window; you will feel that you are in a different century; and the service will be fabulous. Full Scottish £25. 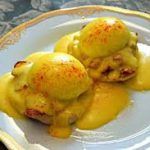 This is the latest restaurant incarnation of Josh Littlejohn’s Social Bite, and therefore deserves to be supported. I went to review the previous version, Home, and decided, out of kindness, not to write it up. As the place doesn’t open until 10, we’re talking more brunch than breakfast. Here a full Scottish, including tea or coffee, is a mere £10.95. At my friend Fiona Garwood’s **th birthday I ate perfect poached eggs with Hollandaise. On the menu for only £7.

When the Good Lord created greasy spoons, this is precisely what he had in mind. Open from 0700 – 1500, this will set your day up nicely, at prices which are as unbelievable, at the other end of the scale, as the Mayfair ones listed above. There is a bewildering range of combos, all of which will fill you to the brim. I forget the difference between the full Scottish and the full British. One of them has egg, sausage, bacon, mushrooms, beans, hash browns and toast – for £4.70!!! I deplore excessive use of the exclamation mark, but this place merits a good few more. The coffee is lousy, but who cares? The people are lovely. Stuff your Michelin stars – get down here.

There may be better places in the British Isles to eat breakfast, but I can’t think of any. It is a testament to this establishment that even I am prepared to queue to get in. (I’ve never had to wait long, even at weekends.) Dale Street, I think, is the original venue. There are three others in Liverpool, one in Manchester, with another due to open there soon. Packed into a chaotic two level space, you are presided over by portraits of the Great Moose himself, whether in full astronaut mode or as a 19th century military dignitary. There are no fewer than eight versions of eggs Benedict. The most expensive dish will cost you £9. On my last visit, I had Lone Star Moose, steak, sausages (plural), hash, 2 eggs, tomato and toast, for £8.60. Good coffee, even better staff. Why go anywhere else?