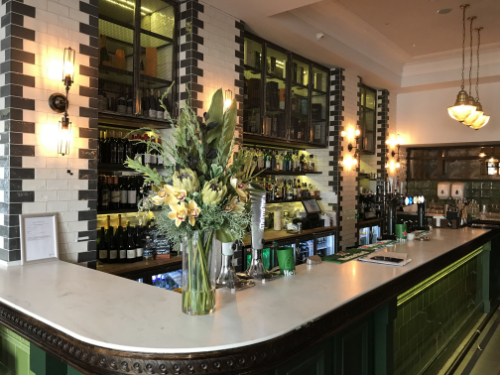 It will come as no surprise to learn that for Tom Eats! one of the many great things to come out of the relaxation of Covid rules is the resuscitation of a splendid food tradition. For many years now we have met C & J, the Glasgow based in-laws, twice a year to mark our respective wedding anniversaries: in Glasgow in the spring and in Edinburgh in the autumn. We always go somewhere that's new to us, the choice of venue often governed by its proximity to a train or bus station.

Ardnamurchan fits that bill perfectly, being just a couple of blocks along from Buchanan Street. Turns out that it's been here for five years but I'd never heard of it. Ardnamurchan Point is generally but inaccurately described as the most westerly point of the British mainland. (That accolade should go to Corrachadh Mòr, a kilometre to the south and a few short metres to the west.) How, I pondered, would this reflect in the food. Outlandish, perhaps? Off the page? Cutting edge?

Well, unsurprisingly, the answer is to be found in the name. So you'll find Cullen Skink and scallops; venison, seafood and steaks, cranachan and Scottish cheeses. Good things all. Open 7 days, it has two menus, an a la carte, and a very keenly priced Market Menu available from 12 - 6 daily. 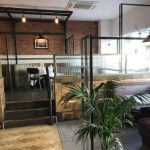 First impressions. A spacious, light attractive place. A smiling welcome, then we are passed on to the lovely Keira. It's all going really well. The market menu looks great. It includes a 10 oz sirloin steak which has a supplement of only a fiver. Remarkable value considering this is £25 on the a la carte. The starter section, though, has relatively little for the non cream eater. Quick as a flash Keira points us in the direction of a smoked trout starter (£9 on the a la carte). She offers it at no extra cost.

We are having a terrific time, the fizz flowing and news and views being peddled. Then the food started to arrive. The smoked trout was very good indeed, but the accompanying leaves were undressed. The Cullen Skink eater remarked that he'd had better. A dish of Whipped Inverloch Goats Cheese was a very odd thing. The advertised pickled pears and roasted grapes were hard to spot. The main component, beside the cheese which, by its very nature is slightly mouth clogging, was a dry crumb, described as a honey and thyme granola. I'm fairly certain that the black pudding fritters were bought in, the "panko" breading about as appetising as a trenchcoat. There was a mustard mayo with it, but this is a dish which cries out for a spicy relish or chutney.

To mains. The seafood stew was unremarkable, and that's probably the best you could say of the venison stew as well. The bargain sirloin steak, ordered medium rare, arrived medium well. It came with the usual trimmings. I'm partial to a fair bit of salt on my chips: these floppy ones were certainly not triple cooked, but I think they may have been triple salted.

All restaurants are having problems with chef recruitment just now, and opening 84 hours a week isn't easy. I don't think it would take much to fix this, and I see it has scored very well on Trip Advisor. Maybe we were unlucky: maybe it was just a bad day. Sadly, for this column you get only one chance to make a first impression.