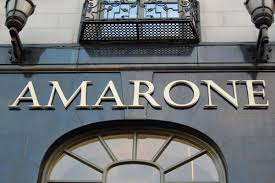 At lunch we were a motley crew, but a very bright one. There are chemists and historians; a research biologist; a man who will save us from asteroids and tumbling space junk; an author who has just signed a deal with Stanford University; a smattering of PhDs. Fortunately there were a couple of three year olds, so I wasn't entirely out of my depth. When you have a relatively spontaneous group of people from various corners of Europe, where are you going to lunch?

This place seemed a reasonable bet. Central, capacious, part of a small, family owned chain. (They have outposts in Glasgow and Aberdeen.) Now a walk-in for 9 on a sunny Saturday just after the festival isn't always the easiest thing to accommodate, but they took us in their stride, asking for just a couple of minutes to set up the table. That gave us time to admire the entrance hall. Like so many licensed premises in central Edinburgh, this was once home to an insurance company. The current building dates from 1962. While the exterior is fairly plain, inside is proof that 60s architecture wasn't all bad. We had just a couple of minutes to admire the stunning carved wooden panels before being called to table. 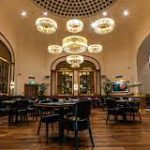 While the place was pretty busy, we were installed in the furthest away of three vast rooms. In a trice there were drawing materials for the boys (those whose age was in single digits, that is) and drinks for all. As you will have guessed from the name, it's an Italian joint, and heaven knows Edinburgh isn't short of these. How authentically Italian is it? Well, come on, it's in central Edinburgh. So let's ask more important questions.

Child friendly? Absolutely. I can't say that the staff were exceptionally friendly to the boys, for the simple reason that they were exceptionally friendly to all of us. But serving children's portions of pasta and pollo alla Milanese for under six pounds and ice creams for under two is certainly hospitable in my book. For the grown-ups the lasagne went down well as did the linguine ai gamberoni, the latter boasting some good sized prawns. Pizza was thin and crisp. I forget who had the tortelloni, but no complaints on that score either. The problem with the capesante mare e monti lay with the person who chose it. He was hungry, but it was a starter portion. With the price of scallops you really can't expect much, and the advertised black pud was little more than a garnish. With their Caesar salad you can opt to have it with or without anchovies. Even with, it wasn't the punchiest dish ever.

Puds included the classics. Chocolate delice, tiramisu, affogato, you know the sort of thing. In summary the food went down without any oohs and ahs, but with no complaints to ebb the conversation. Would I send you here for the food? Probably not. But if you're hungry and are looking for a bite in the town centre, in a pleasant space, brought to you by very nice people, you could do very much worse.

*We weren't given the option of a lunch menu. I picked up these details online. And no, I haven't got the prices the wrong way round. Of the two, the one with the cheaper two course option was the more expensive for three courses. 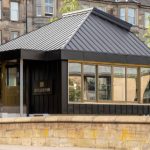 Good news to relate. After months of delays and every type of set back known to humankind, Stuart Muir and Paul Brennan have at last opened The Tollhouse in Canonmills. This is the third in their group, sister to Dine Edinburgh and Dine Murrayfield. The location is stunning in a brand new building overlooking the Water of Leith at Canonmills. Get more information on their website.